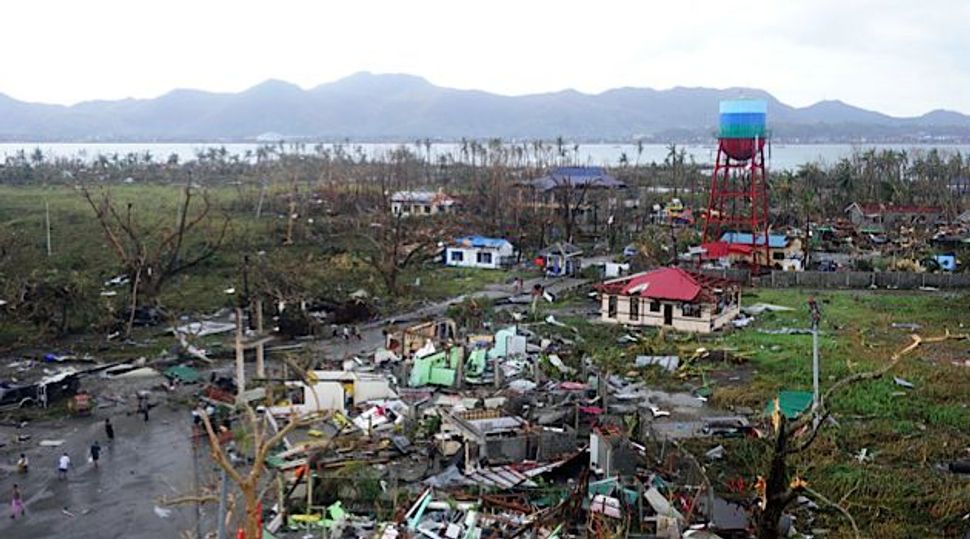 Deadly Waves: Typhoon Haivan hit the Philippines killing as many as 10,000 people. IsraAid, a disaster relief group, will join the rescue effort this week. Image by Getty Images

IsraAid, an Israeli nonprofit that provides disaster relief and humanitarian aid, is sending an emergency response team to the Philippines, to the areas hardest hit by Typhoon Haivan.

The team, made up of medical professionals, as well as trauma and relief specialists, will deploy this week, working primarily in Tacloban City in Leyte.

The death toll in the typhoon, which made landfall in the central Philippines on Friday, could be at least 10,000, according to reports that emerged Sunday, citing local officials. At least half a million people also have been left homeless by the devastating typhoon.

An Israeli diving instructor who was visiting the small Philippines Island of Malapscua and was believed to be missing in the storm was located early Sunday morning. Hagar Klein, 23, has not been in touch with her family since late last week, Ynet reported. Most Israelis living in the Philippines are centered near the capital of Manila, which was not affected in any meaningful way by the typhoon.