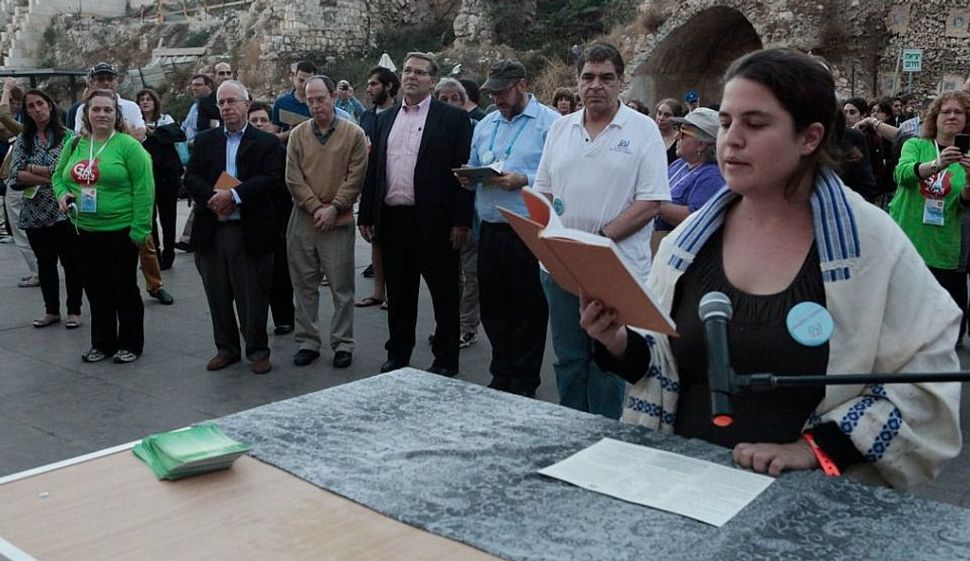 The Jewish Federations of North America’s General Assembly ended with speeches at Jerusalem City Hall and a prayer service at Robinson’s Arch, the egalitarian site at the Western Wall.

In front of City Hall, Mayor Nir Barkat highlighted Jerusalem’s increasing tourism numbers and a range of new cultural offerings in the city. He credited the city’s success to its diversity.

“Jerusalem is accepted by all tribes,” Barkat said. “Jerusalem is a destination for pilgrims and tourists from all over the world. The way Jerusalem functioned 3,000 years ago is our future.”

Barkat and Jewish Agency for Israel Chairman Natan Sharansky called for the release of Jonathan Pollard, an Israeli spy serving a life sentence in the United States. The mayor encouraged delegates to lobby President Obama to free Pollard because “we need him here with us.”

Israeli Diaspora Affairs Minister Naftali Bennett, who erected a temporary platform for prayer earlier this year at Robinson’s Arch, said the relationship between Israel and the global Jewish community “is a two-way street.”

“It’s about being partners, understanding that we’re one nation no matter where we come from or how we might practice as Jews,” he said.

Following the speeches, the delegates walked to Robinson’s Arch, where they participated in an egalitarian prayer service and sang “Hatikvah,” Israel’s national anthem. Speaking after the ceremony, Sharansky praised the service as an example of Jewish unity.

“We’re not fighting to defeat the other,” he said. “We’re fighting to see how we can be one people with one God, one prayer and one Kotel.”