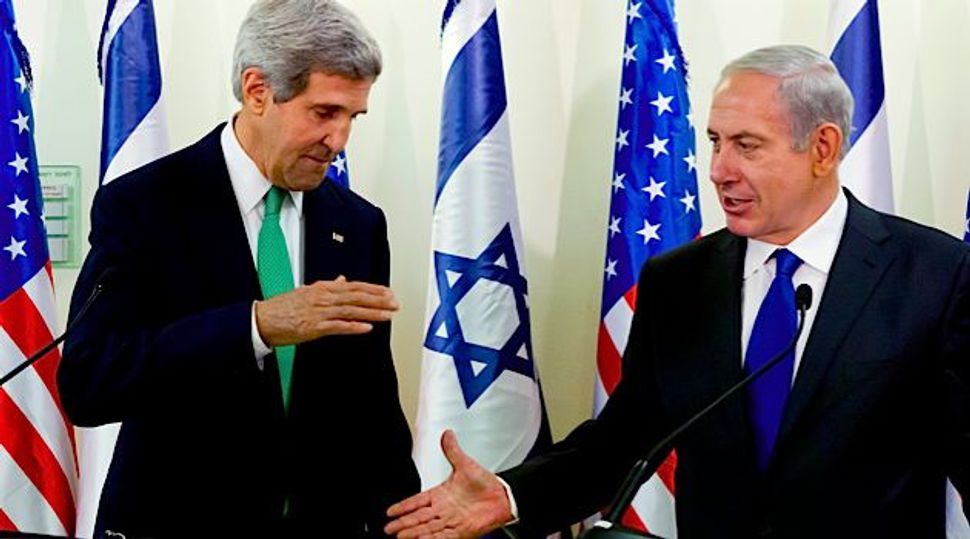 U.S. Secretary of State John Kerry will visit Israel at the end of the week to discuss the proposed nuclear agreement between Iran and the world powers, and stalled Israeli-Palestinian peace negotiations.

Israeli Prime Minister Benjamin Netanyahu announced Kerry’s visit planned for Nov. 22 on Sunday at the beginning of the weekly Cabinet meeting. The announcement comes as relations between Israel and the United States appear to have soured over the issue of Iran and its suspected nuclear weapons program.

“I would like to make it clear that there can be disagreements even among the best of friends, certainly on issues related to our future and our fate. It is the obligation of the Prime Minister of Israel and the Government of Israel to uphold our vital interests and thus we are doing vis-à-vis an agreement which is a bad agreement. I hope that we will succeed in convincing our friends this week and in the days afterwards to achieve a much better agreement, and it will be possible to do so. Iran is under economic pressure and continuing – and even increasing – this pressure will be able to achieve the much better result of a peaceful, diplomatic solution. I believe that many in the region and beyond it share this view,” Netanyahu told the Cabinet.

Netanyahu called Kerry “an old friend” who “is also a friend of Israel.”

French President Francois Hollande and several French government ministers, including Foreign Minister Laurent Fabius, arrived in Israel for a visit on Sunday. It has been reported that France was a key reason that a deal with Iran on scaling back international sanctions in return for a scaling back of uranium enrichment, which Netanyahu calls a “bad agreement,” was not signed last week in Geneva.

Netanyahu also is scheduled to travel to Moscow on Thursday to meet with Russian President Vladimir Putin.

Also on Sunday, the Prime Minister’s Office denied a report in the Kuwaiti newspaper al-Jarida that said President Obama has in recent days been refusing telephone calls from Netanyahu and directed them to Kerry. The newspaper cited a “knowledgeable source.”