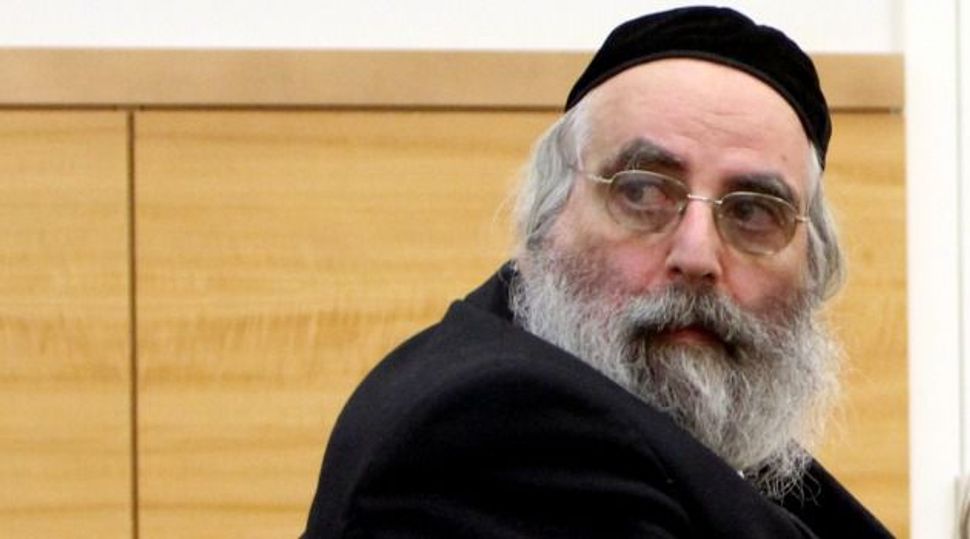 The prospect of a plea deal for accused child abuser Baruch Lebovits was shot down by both the prosecution and defense — prompting a judge to move toward a retrial of the tangled case.

Brooklyn Supreme Court Judge Mark Dwyer set a new hearing on January 23, at which he is expected to set a date for Lebovits’ retrial.

The delay will leave the decision of how to proceed with the tangled, high-profile case in the hands of Kenneth Thompson, the incoming Brooklyn district attorney, who will replace longtime incumbent Charles Hynes on January 1.

Lebovits, a Hasidic cantor who lives in the heavily Orthodox Boro Park neighborhood of Brooklyn, was convicted on eight counts of molestation in 2010. That verdict was hailed by advocates for victims of child abuse as a breakthrough in what critics see as a wall of resistance the ultra-Orthodox community throws up against secular law enforcement authorities pursuing such cases. But, after serving over a year and one month in prison, plus over a year of house arrest while out on bail, his conviction was overturned in 2012 and reversed on appeal when an appellate court ruled that Hynes’ office had failed to turn over a crucial piece of evidence to the defense.

Hynes has vowed to retry the case. But some victims advocates, who see Hynes as overly lenient in Orthodox child abuse cases, have raised alarms about rumors of a plea deal that they believed would let Lebovits off too easily.

Alan Dershowitz, one of Lebovits’ defense attorneys, told the court that the prospective plea deal was being withdrawn due to political pressure placed on the DA’s office by the abuse victim advocates.

The prosecution rejected this assertion, saying that Lebovits had rejected the deal they offered him, which would have seen him serve three to nine years in prison in exchange for a guilty plea.

During the hearing, prosecutors read a statement from Thompson, who requested for “a full opportunity to review the facts” to enable him to approach the case.

Prior to the hearing, Thompson requested that Hynes not follow through on the rumored plea deal, preferring instead to make his own investigation into the facts of the case and determine on his own what course of action to take.

Alan Dershowitz questioned Thompson’s ability to judiciously pursue a trial citing Thompson’s public support for Sam Kellner, a father of one the victims and the man who has been the leading force behind the legal actions being taken against Lebovits.

“We hope that he [Thompson] will have a completely open mind about this matter and that politics will not weigh-in in any way,” Nathan Dershowitz said after the hearing.