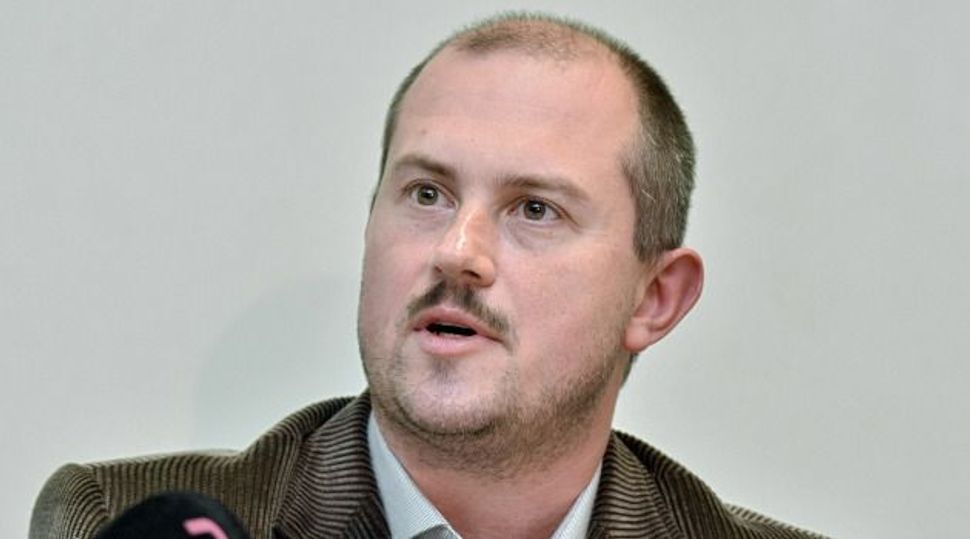 European officials must act to reverse the momentum of neo-Nazi political parties, the head of the European Jewish Congress said following a victory in Slovakia by a neo-Nazi candidate.

EJC President Moshe Kantor issued a statement Sunday in the wake of the victory by Marian Kotleba, the ex-chairman of the banned Togetherness National Party.

Kotleba in a second round of voting over the weekend defeated the Social Democrat incumbent to become president of the self-governing region around the central city of Banska Bystica.

“The neo-Nazis are gaining many political victories and are using the democratic system against democrats,” Kantor said. “Democracy has to fight back and European officials should immediately create a plan of action, including the proscription of neo-Nazi political parties, to deal with this phenomenon before it is too late.

“We hope the Greek model of suspending state funding for the Golden Dawn party and the revocation of parliamentary immunity for its members will be enacted elsewhere in Europe and form the basis of the opposition.”

The Slovak Spectator newspaper said Kotleba “frequently organized and participated in anti-Roma demonstrations or marches commemorating the Nazi-allied wartime Slovak state and its president Jozef Tiso. He has been detained and charged repeatedly for crimes, including racial defamation.”

The German DPA news agency described Kotleba as being known for his “agitation against the Roma minority as well as for appearing in uniforms modeled upon fascist styles.”