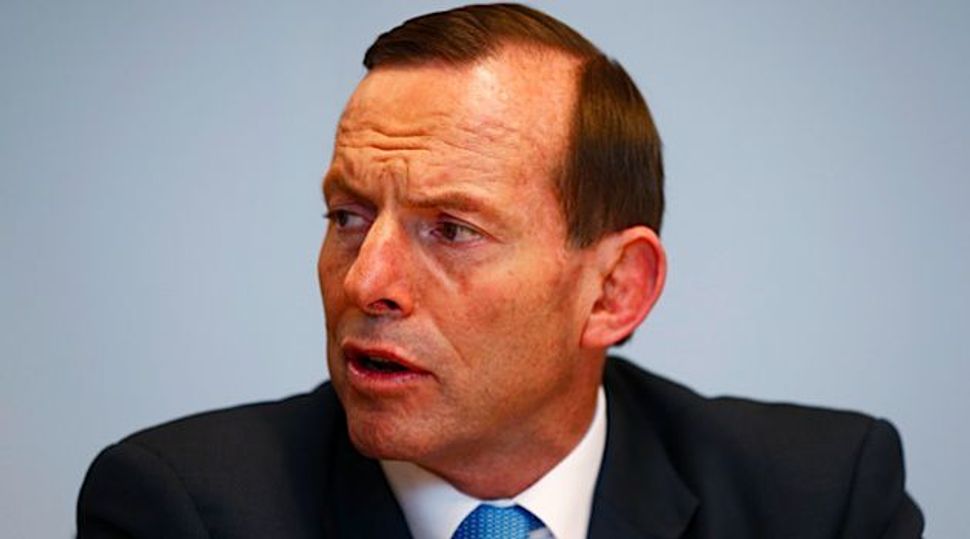 Australia’s delegate at the U.N. abstained from two votes earlier this month at the General Assembly: one condemning the expansion of Jewish settlements and another calling for the Geneva Convention to apply in the West Bank and Gaza Strip.

“The government will not support resolutions which are one-sided and which pre-judge the outcome of final status negotiations between the two sides,” her spokeswoman said Monday.

Australia is now aligned with a tiny minority of countries abstaining on these resolutions.

Bob Carr, the foreign minister under Labor, lashed out at the shift as “a shame – in the deepest sense – that we stopped doing the right thing.”

“This new Australian stance is not the action of a true friend of Israel,” he wrote in Fairfax Media last week.

“Our new position of condoning ‘the settlement mission’ of expansionist Israelis (opposed by other Israelis) undermines the prospect of a Palestinian state,” he wrote.

Izzat Abdulhadi, the head of the General Delegation of Palestine to Australia, condemned the government for not consulting before the policy shift.

By contrast, the Executive Council of Australian Jewry, which had clashed with the previous Labor government on the issue, welcomed the move.