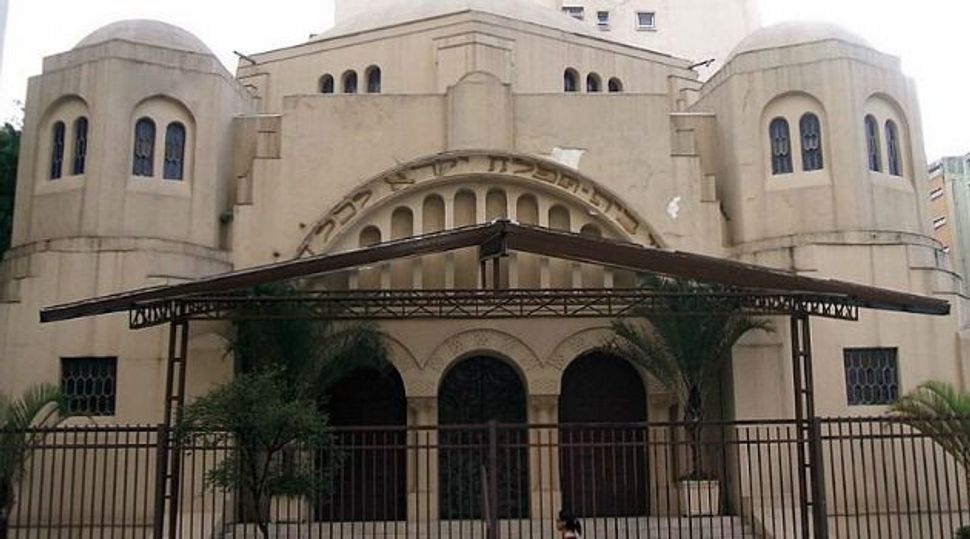 The preservation of an historic synagogue in Sao Paolo, Brazil has received a major boost with about $422,000 in seed money from the German Foreign Ministry.

The German Consul General in Sao Paulo signed an agreement earlier this month directing the funds to be used to begin the restoration and preservation of the Beth El Synagogue, set to be the heart of a new Jewish museum there, according to a ministry statement.

The museum, which will include a glass annex, will depict the history and culture of Judaism in general, as well as the history of Jews in Brazil, starting with the arrival of Portuguese settlers in the early 16th century.

A ministry spokesperson in Berlin told JTA they were glad to be able to support this project as part of Germany’s “commitment to preserve and support Jewish life.” The project is under the auspices of the ministry’s Cultural Preservation Program.

Some 20,000 German Jews fled Nazi Germany to Brazil. The Beth El synagogue was inaugurated in 1932.