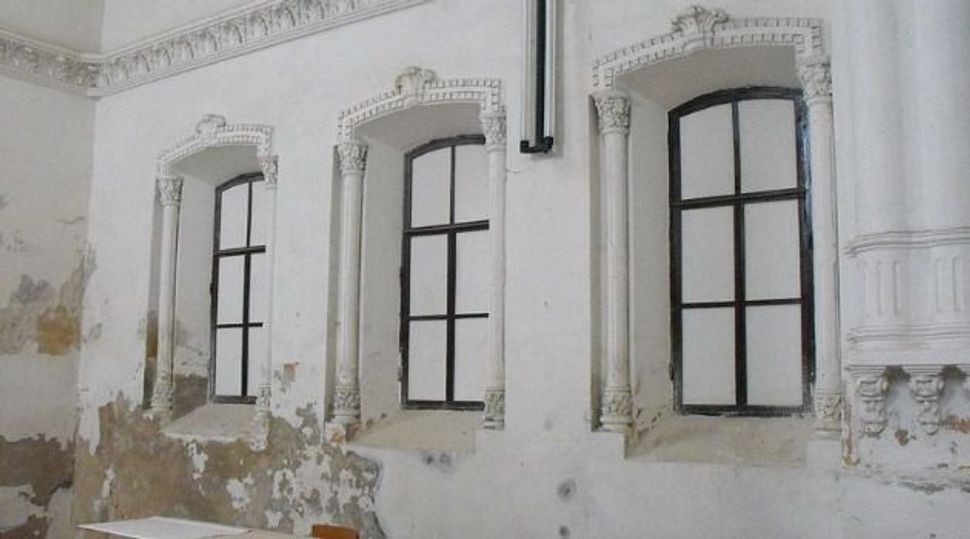 European Treasure: The Great Choral Synagogue of Grodno, built in the 16th century, is one of the oldest on the continent. Image by Wikimedia Commons

One of Europe’s oldest functioning synagogues sustained heavy damage in a fire that broke out in the city of Grodno in Belarus.

The flames erupted Tuesday night as a result of malfunctioning heating system and consumed the dining room and part of the second floor of Grodno’s Great Choral Synagogue, according to a report Wednesday by the Ministry of Emergency Situations. No one was injured.

According to Chabad.info, an official website of the Hasidic movement, Great Choral was built in the 16th century and is believed to be the oldest synagogue still in use in the former Soviet Union. Thanks to the quick intervention of the local fire brigade, the damage from the fire was limited to 30 square yards and did not spread to the first and third floors.

The synagogue burned down completely in 1899, according to the website of the local Jewish community, but was renovated and fully restored. Last year, the Jewish community of Grodno announced it was preparing for more renovations due to neglect during the Soviet era.

During World War II, Nazi forces rounded up the Jewish population of Grodno in and around the building before sending them to the death camps.