Canadian Prime Minister To Make His First Trip to Israel 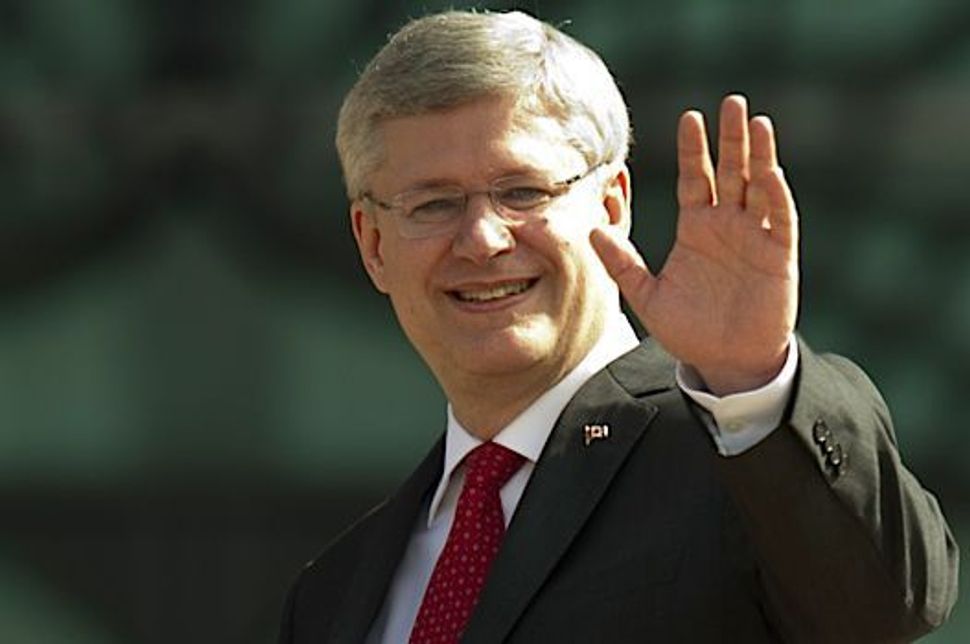 “Israel will always have Canada as a friend,” Canadian Prime Minister Stephen Harper said in announcing his first visit to Israel.

The staunchly pro-Israel Harper made the announcement of his visit set for the beginning of 2014 Sunday night at the Jewish National Fund of Canada’s annual Negev Dinner, where he was honored.

Calling Israel “a light of freedom and democracy in what is otherwise a region of darkness,” Harper told the 4,000 in attendance at the gala: “We understand that the future of our country and of our shared civilization depends on the survival and thriving of that free and democratic homeland of the Jewish people in the Middle East.”

“And I tell you friends, we understand that. And that’s why Israel will always have Canada as a friend in the world,” the prime minister said to wide applause and cheers.

Harper also will visit Jordan and the West Bank.

He is not the first sitting prime minister to visit Israel. Prime Minister Jean Chretien visited the Jewish state in 2000.

In September, JNF in Canada announced that a project in Israel would be named after Harper. The Stephen J. Harper Hula Valley Bird Sanctuary Visitor and Education Center will be built in the Hula Lake Nature and Bird Park.

“For your clarity of conviction and thought, I salute you, Stephen,” Netanyahu said.

Outside the Metro Toronto Convention Centre, where the dinner was held, dozens of protesters turned out to protest Harper’s political agenda, his stance on Israel and his environmental policies

Canadian Prime Minister To Make His First Trip to Israel