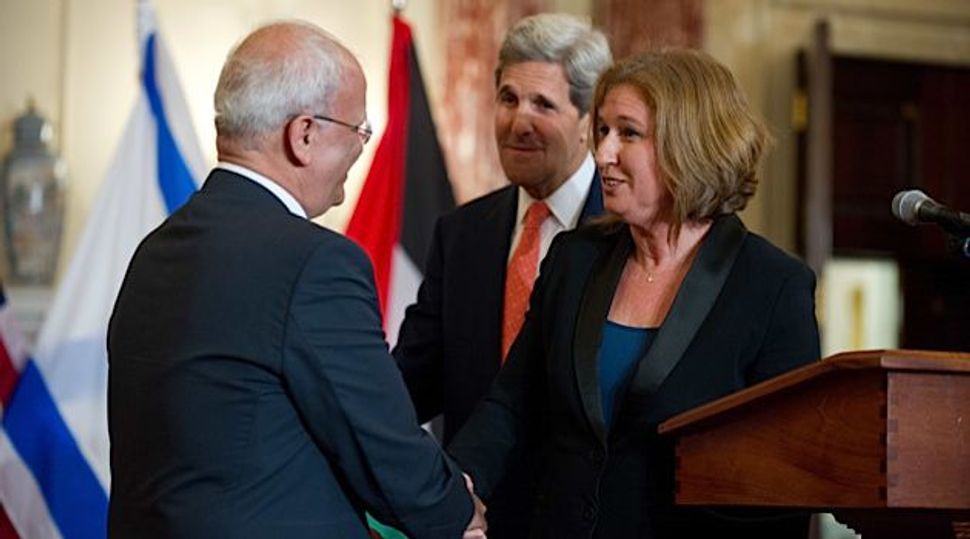 Sixteen Palestinians and four Israelis have been killed since negotiations began in July and Palestinian officials say the sides remain far apart on the central issues of borders, security, Jerusalem’s status and Palestinian refugees.

“Mr. Kerry must work to save the talks, to work to stop the deterioration of the talks caused by Israel’s continuing settlement activity and crimes committed in cold blood,” Saeb Erekat told Palestinian radio.

For its part, Israel has accused Palestinian leaders of engaging in anti-Israel incitement and hampering talks by refusing to recognise the country as a “Jewish state.”

Palestinians have objected to continued Jewish settlement expansion on occupied land they want as part of a future state.

Kerry is scheduled to meet Israeli and Palestinian leaders on Thursday to try and set right peace talks that he and many analysts say may be the last chance to achieve a “two-state solution” for the two peoples.

An Israeli newspaper report on Wednesday said that 2,000 hectares (about 5,000 acres) of West Bank land that is privately owned by Palestinians – but is in areas where Israel exercises military and civilian control – will be given to Palestinians in the next 90 days for agriculture and commerce.

The Maariv report said Israel had bowed to a U.S. request to hand over the land to show that it is prepared to allow Palestinian projects to be advanced in these areas. There was no official Israeli comment on the report.

Palestinians want the West Bank and Arab East Jerusalem, areas that Israel has controlled since capturing them in the 1967 Middle East war, as well as the Gaza Strip, which is ruled by Hamas Islamists, for an independent state.

Erekat and his fellow Palestinian envoy Mohammed Shtayyeh offered to resign last month after Israel announced the latest in a series of plans to build thousands of new settler homes in the occupied West Bank and East Jerusalem.

“The last negotiations meeting took place on November 5 – there have been communications with the Israeli side since then, but I couldn’t call them negotiations,” Erekat said.

Officials from both sides have said that the American sponsors of the talks may soon present a “bridging proposal” to bring the two sides closer together, although Erekat said he doubted that would happen on Thursday.