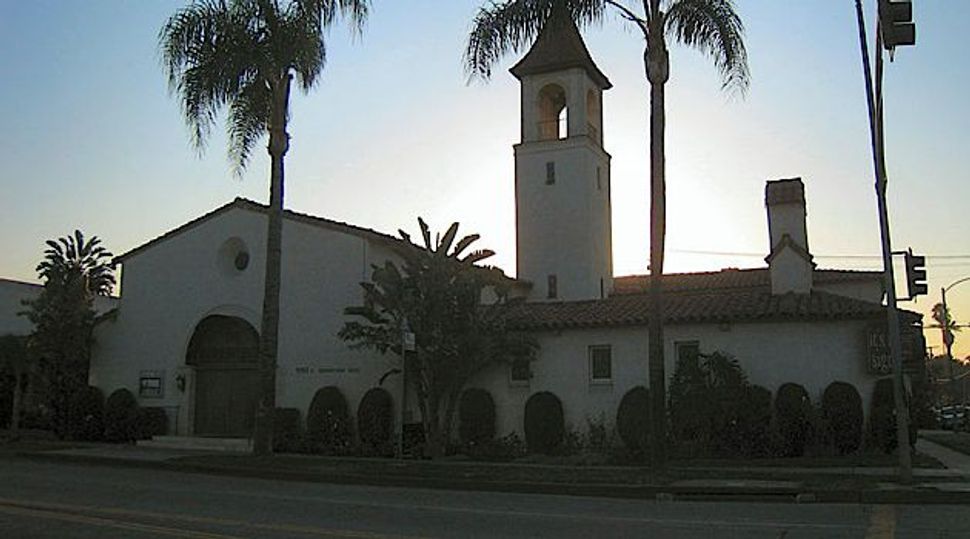 LA?s Kabbalah Centre is being sued for $1 million by former followers who allege that the foundation misuses funds and committed fraud. Image by wikicommons

The Los Angeles-based Kabbalah Centre is being sued for over $1 million by former followers in two lawsuits alleging fraud and misuse of funds.

Both suits were filed in Los Angeles County Superior Court on Nov. 27 and claim that the Centre pressured the plaintiffs “to give money until it hurts,” in order to receive “the light” from its leaders, Karen Berg and her adult sons Yehuda and Michael.

Carolyn Cohen, a San Diego real estate broker, said that she and one of her companies lost some $810,000 to the Centre, which, she claimed, “engages in a pattern and practice of raising funds … for the purpose of enriching itself.”

San Diego business owners Randi and Charles Wax, the other plaintiffs, alleged losses of $326,000. In both cases, the plaintiffs said they were told that the donations were earmarked for a new Kabbalah Centre building in San Diego and for a children’s charity.

But, they said, the new center was never built and the charity abruptly ceased operation.

Neither the Berg family not their lawyer responded to requests for comments, the Los Angeles Times reported. The late Rabbi Phillip Berg established the initial Kabbalah facility in Jerusalem and the first American operation in New York in 1965. Since 1984, the Centre’s worldwide operations, with 50 branches, have been headquartered in Los Angeles.

Over the past years, the Centre has been the target, as well as the originator, of numerous lawsuits in the United States and Britain. In 2010, the U.S. Internal Revenue Service launched a tax evasion investigation, but the outcome is still pending.

Traditional rabbinical authorities repeatedly have denounced the Centre’s teachings and methods as a perversion of the Kabbalah’s profound mysticism. However, the Berg family has received worldwide publicity by attracting such Hollywood followers as Madonna, Britney Spears, Demi Moore and Ashton Kutcher.