Progress Is Being Made in Israeli-Palestinian Peace Talks, Says Kerry 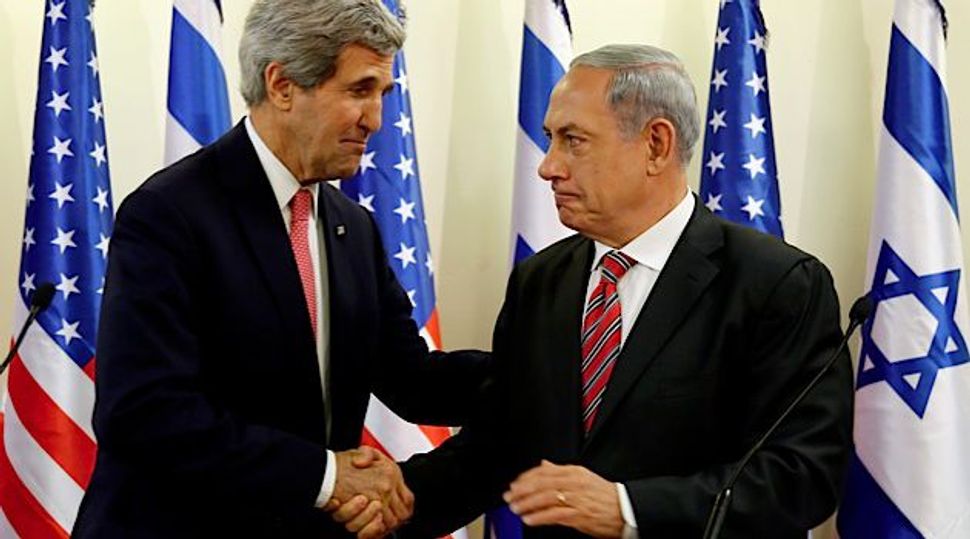 U.S. Secretary of State John Kerry said progress is being made in the current Israeli-Palestinian peace talks in separate statements following meetings with Benjamin Netanyahu and Mahmoud Abbas.

At a news conference in Jerusalem Thursday following a meeting with Israeli Prime Minister Benjamin Netanyahu, Kerry also pledged that the Obama administration would consult Israel on a final deal on Iran’s nuclear program. He reiterated that the United States was committed to Israel’s security.

Netanyahu said Israel is ready to complete a peace deal with the Palestinians and asserted that Israel must be able to protect itself. He called on Palestinian leaders to stop “grandstanding and finger pointing.”

Following a meeting with Abbas later Thursday in Ramallah, Kerry praised the Palestinian leader for his commitment to the peace process and the “seriousness” of the effort.

“(T)here are questions of sovereignty, questions of respect and dignity which are obviously significant to the Palestinians, and for the Israelis very serious questions of security and also of longer-term issues of how we end this conflict once and for all,” Kerry said in Ramallah.

He said that he would return”perhaps in a week or so” for further discussions, “depending on where we are.” Kerry was scheduled to meet again with Netanyahu Friday morning before returning to Washington.

Kerry reportedly was going to bring to the meeting proposals for security arrangements in the West Bank to be included in an Israeli-Palestinian peace deal. A Palestinian official told Reuters following Thursday’s meeting with Abbas that Palestinians rejected the proposals.

Progress Is Being Made in Israeli-Palestinian Peace Talks, Says Kerry