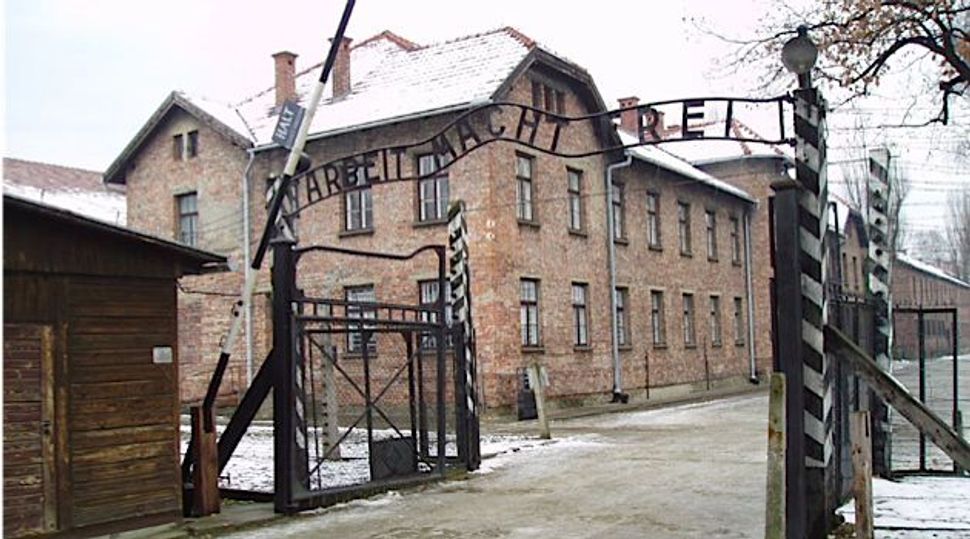 Two Turkish tourists were detained by guards at the Auschwitz museum for appearing to make a Nazi salute.

The tourists, a man and a woman, both 22, were taking pictures of each other in front of the gate to the former Nazi death camp under the iconic sign “Arbeit macht frei,” or work makes you free, and raised their right hands in the gesture of a Nazi salute.

Both are studying history in Budapest. They had stopped at a hotel in Krakow and before making their visit to the Auschwitz-Birkenau Memorial and State Museum.

“They probably will be accused of public promotion of Nazi symbols,” which is illegal in Poland, police spokesman Mariusz Ciarka told the Gazeta Wyborcza newspaper. If found guilty of the charge, they could be facing two years in prison.

In October, two other students from Turkey made similar gestures at the museum at Majdanek at a group of Israeli students. Accused of promoting a fascist regime and insulting Jews, the Turkish students could be facing up to three years in prison.