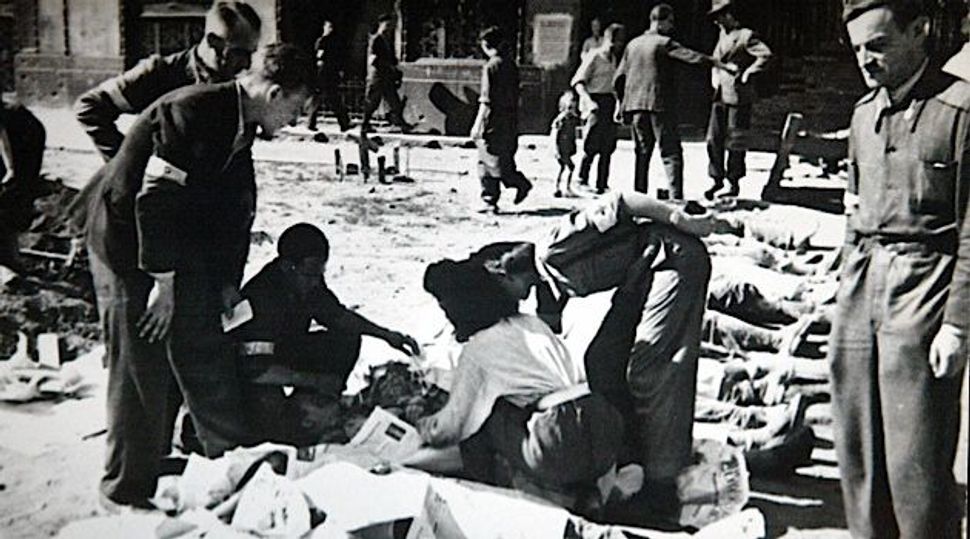 Archeologists working in the Krasinski Garden in Warsaw discovered fragments of two human skeletons that likely were buried there during the Warsaw Ghetto uprising.

The park is located near the site of the former ghetto, but was never part of the ghetto itself.

The archeologists are searching through the archive of the Jewish socialist party Bund, which had been hidden by party activist Marek Edelman in the basement of the now non-existent house on Swietojerska Street. During the uprising the house was destroyed and after the war the area was included as part of the park area.

Archeologists have unearthed the basement of the old building. In recent days they have found at the site a sewing kit, a loaf of bread and a bowl of groats. On Monday, they found fragments of the skeletons of two people – a skull, arm bones and leg bones. The bones will be examined by the police.

Polish Chief Rabbi Michael Schudrich was informed of the findings.