Kerry To Return To Israel for Second Time in Two Weeks 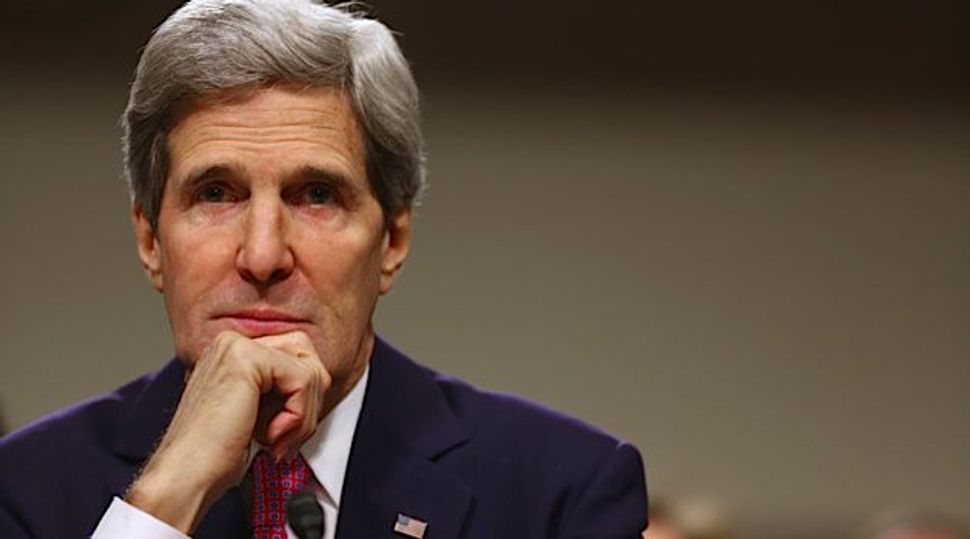 U.S. Secretary of State John Kerry will return this week to Jerusalem and Ramallah, his second visit in two weeks.

Kerry will discuss Iran and the current Israeli-Palestinian negotiations during a meeting Wednesday with Israeli Prime Minister Benjamin Netanyahu, U.S. State Department Jen Psaki said in a statement Monday. He will discuss the peace negotiations with Palestinian Authority President Mahmoud Abbas during a meeting the same day. Kerry will travel to five cities in Asia after his visit to Israel.

He told the attendees that the United States is “deeply committed to the security of Israel and of the well-being of the Jewish people by virtue of that.”He added that “We will not allow Iran to acquire a nuclear weapon – not now, not ever. And I promise you that.”

Kerry asserted that the interim deal with Iran is setting the Islamic Republic’s nuclear program back as a permanent agreement is negotiated.

Kerry, who said he speaks two to three times a week with Netanyahu, addressed the peace talks. “I believe, as President Obama does, that Israel will be far more secure if we can also put to test the possibilities of the two-state solution. And so we will continue to attempt to do that despite the skepticism, despite the cynicism in some quarters.”

The secretary of state praised the “bond” between the State Department and the JDC.

Kerry To Return To Israel for Second Time in Two Weeks