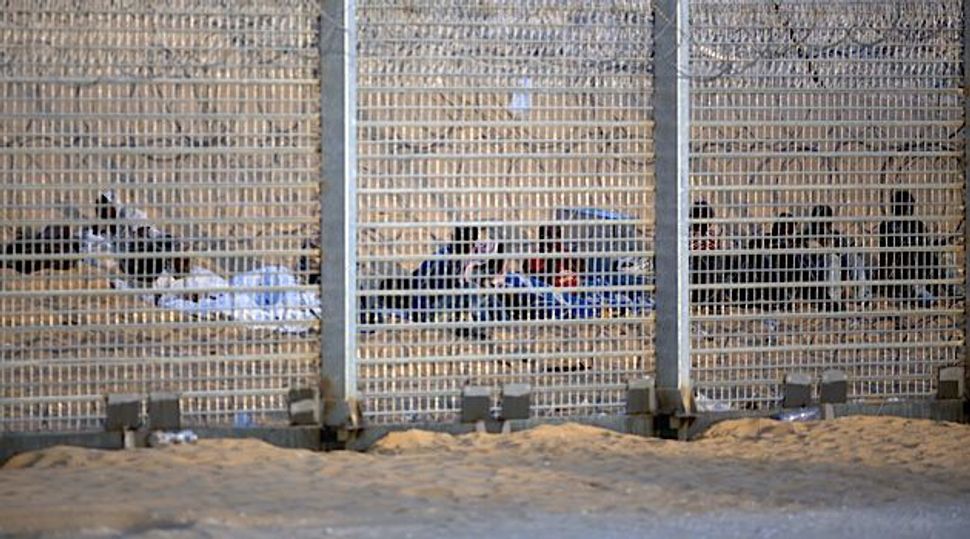 Israel’s Knesset passed legislation that will allow the state to detain illegal migrants without trial for one year.

The legislation, an amendment to the Anti-Infiltration Law, passed its final readings in the Israeli parliament late Monday night by a vote of 30-15 following a lengthy discussion.

It also allows the state to operate a detention facility for the mostly African migrants that will provide food and shelter, health care and social services. The facility, which will have room for 3,300 people, will be closed at night.

Under the amendment, the migrants will not be allowed to work.

The amendment was approved three months after Israel’s Supreme Court struck down one that went into effect in June 2012 allowing the state to hold illegal migrants for up to three years without trial.

The judges gave the state until Dec. 15 to examine the cases of 1,700 African migrants who are being held in Israeli detention centers under the current amendment. Some 707 migrants have been released, Haaretz reported, and the cases of 500 remain under review.

More than 50,000 African migrants are living in Israel.