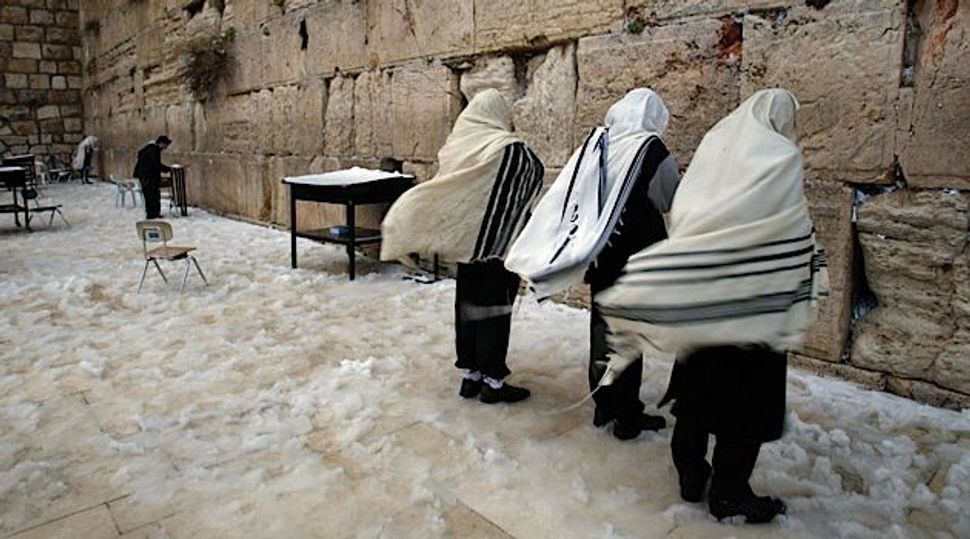 Jerusalem and its environs were blanketed with snow, causing the postponement of a scheduled meeting between Benjamin Netanyahu and John Kerry.

The U.S. secretary of state is scheduled to arrive in Israel on Thursday afternoon, and still plans to meet with Palestinian Authority President Mahmoud Abbas, the Jerusalem Post reported Thursday afternoon, citing unnamed American sources. It is his second visit to Israel in two weeks in an attempt to move Israeli-Palestinian peace talks forward.

Access routes to Jerusalem, including Highway 1, were blocked for part of the day as municipal crews worked to clear the roads in the city; school was canceled for the day. Snow is expected to continue falling into Thursday night, though no major accumulation is expected.

Some two feet of snow have fallen on Mount Hermon in Israel’s north. Roads were closed due to flooding in the Negev Desert in Israel’s south.

Syria and Lebanon also were hit with large amounts of snow.

The Times of Israel reported Thursday that the Chief Rabbinate has withdrawn its request from last week to the Israeli public and world Jewry to insert into the regular prayer service additional prayers for rain and psalms.