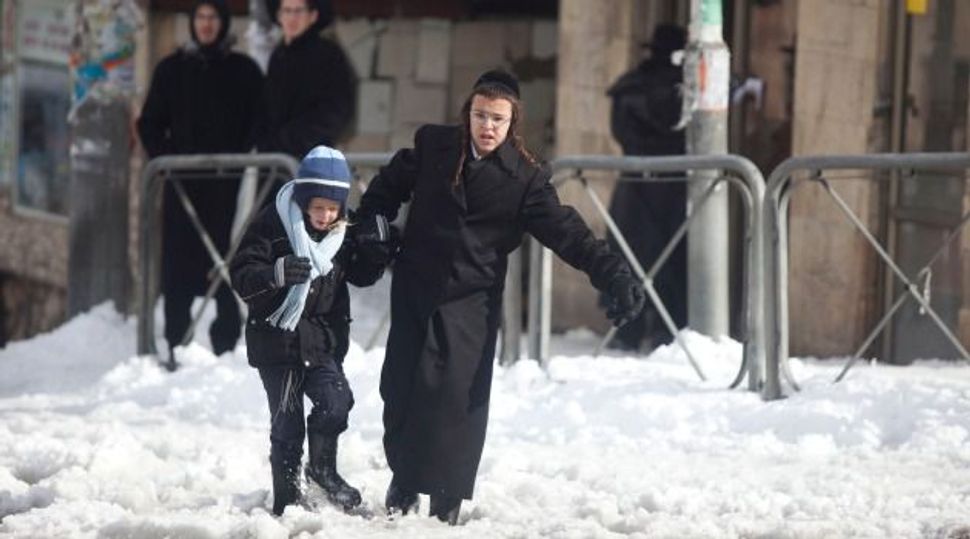 Jerusalem’s heaviest snow for 50 years forced Israeli authorities to lift a Jewish sabbath public transport ban on Saturday and allow trains out of the city where highways were shut to traffic.

Troops in armoured personnel carriers were helping emergency services crews to try to restore electricity for thousands in the Jerusalem area and Defence Minister Moshe Ya’alon said that “the extent of the storm has surprised us”.

An estimated 35,000 people have no electricity and homes are hard to reach as streets are blocked not only by snow but also by stranded vehicles on the third straight snowy day.

There were no reported casualties in the Jerusalem area but in the Tel Aviv area heavy rains were blamed for the deaths of two people. On Friday, a man fell from a rooftop and a toddler was killed when a room heater caught fire.