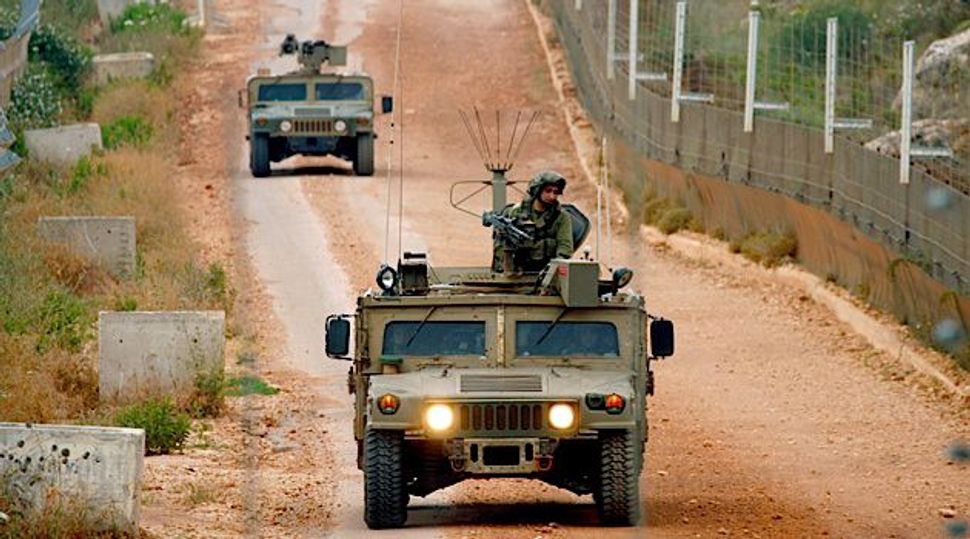 An Israeli soldier was killed on Sunday when a Lebanese sniper opened fire in a normally quiet area of the border between the two countries, and a U.N. peacekeeping force said it was working with both sides to keep the incident from escalating.

Israel’s military said in a statement that a sniper from the Lebanese Armed Forces had shot at an Israeli vehicle driving near the Rosh Hanikra border crossing.

Israel has lodged a complaint with the U.N. force in southern Lebanon and had heightened its state of preparedness along the border, spokesman Peter Lerner said.

“We will not tolerate aggression against the State of Israel, and maintain the right to exercise self defense against perpetrators of attacks against Israel and its civilians,” he said.

Lebanese sources said they had lost contact with the Lebanese soldier after the shooting, which took place at the western tip of the border region across which Israel and the Lebanese Hezbollah militia fought a 34-day war in 2006.

The U.N. force, UNIFIL, said they had been informed about “a serious incident” at the border.

“We are now trying to determine the facts of what happened and the situation is ongoing,” spokesman Andrea Tenenti said. “UNIFIL’s force commander is in contact with counterparts in the Lebanese and Israeli army, urging restraint.”

Tenenti said both sides were cooperating with UNIFIL after the incident, which he said appeared to have happened on the Israeli side of the Blue Line dividing Lebanese and Israeli forces.