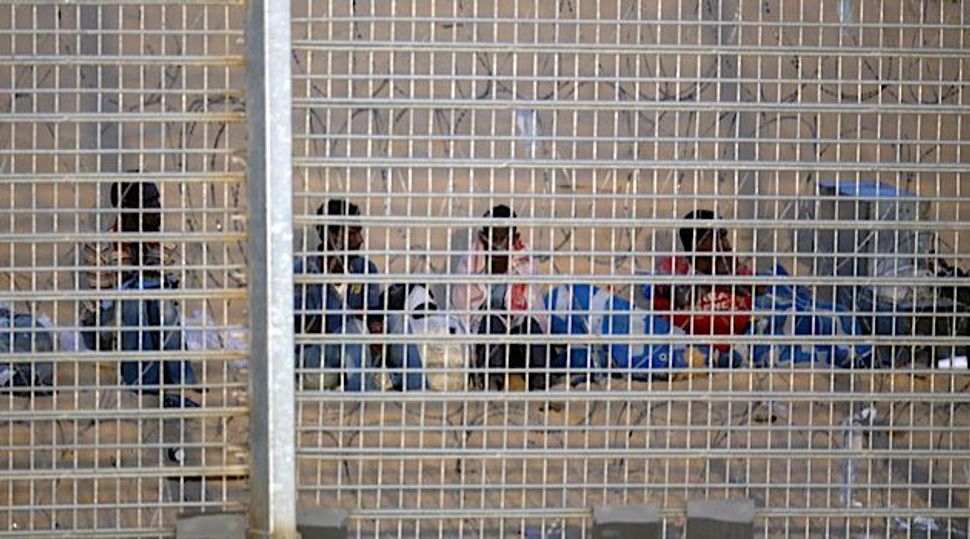 More than 100 African migrants have abandoned an “open” Israeli detention centre to try to march on Jerusalem in protest at a law allowing authorities to keep them in custody indefinitely, activists said on Monday.

Israel views most of the more than 50,000 Sudanese and Eritrean migrants who have crossed its border on foot from Egypt since 2006 as illegal job-seekers overburdening its low-income areas. It has sought to encourage most of them to leave.

Many migrants say they are fleeing persecution, forced military conscription or dictatorship in African countries.

The centre in southern Israel was opened last week after parliamentary approval of a law allowing the open-ended detention of migrants in the facility pending resolution of their asylum requests, implementation of deportation orders or voluntary repatriation.

The detention centre, which housed about 400 migrants who had been moved from another holding facility, allows detainees to leave during the day but requires them to return at nightfall.

Cheska Katz, of the Hotline for Refugees and Migrants rights group, said that 135 men, mostly from Sudan, decided not to return to the centre on Sunday night and instead set out for Jerusalem, about 75 km (45 miles) away.

“They aren’t trying to elude the authorities. Their aim is to reach the Knesset (parliament) and ask for their freedom and to be recognised as refugees,” the activist, who is taking part in the march, said by telephone.

One of the detainees on the march, Mubarak Ali, told Israel Radio: “We want them to know that we are still in a prison … (although) they call it open detention.”

An Israeli immigration official told the radio station that the protesters had up to 48 hours to return to the facility or face detention in a standard jail.

An Israeli police spokesman had no immediate comment on whether police would prevent the group from reaching the city.

The protest coincided with an appeal filed in Israel’s Supreme Court by human rights groups against the new law, which also stipulated that new migrants caught entering the country illegally could be jailed in a standard prison for up to a year.

The legislation replaced a previous law, annulled by the court last September, that had set a maximum three-year period of detention without charge for migrants.

A fortified fence built along the Egyptian border has halted the migrant flow since last year, but the presence of tens of thousands in the country is widely viewed as a threat to the Jewish state’s social makeup.