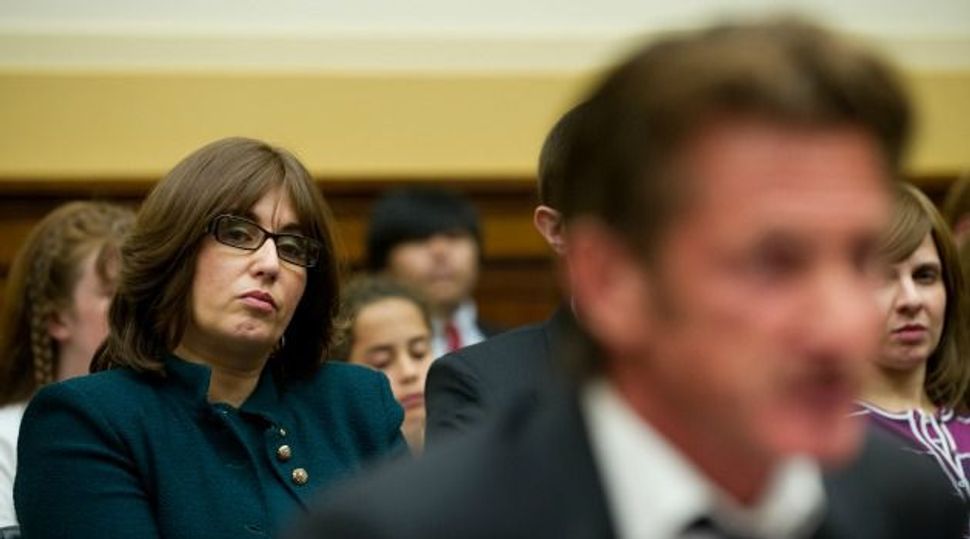 Actor Sean Penn is with Jacob Ostreicher, the New York businessman held in Bolivia since 2011 who returned to the United States this week, the Hollywood star told the Associated Press.

He told the AP in an e-mail Tuesday that Ostreicher was safe and receiving medical care in an undisclosed location.

Penn told the AP that Ostreicher had been removed from Bolivia in a “humanitarian operation” in order to save him “from the corrupt prosecution and imprisonment he was suffering in Bolivia.” He gave no other details.

The Bolivian government is calling Ostreicher a fugitive and says his flight proves he is guilty of the crimes of which he is accused. Bolivia is considering requesting his extradition from the United States, Bolivian Justice Minister Cecilia Ayllon said at a news conference, the AP reported. Bolivia and the U.S. are party to an extradition treaty.

Ostreicher, who had a flooring business in New York, invested money with a group involved in a rice-growing venture in Bolivia and was managing the business when he was arrested on suspicion of money laundering. He also was accused of doing business with drug traffickers.

However, in June, Bolivian authorities arrested 15 people — including government officials — on charges of engineering his arrest in hopes of extracting cash payment.

Despite those charges, Bolivia did not release Ostreicher, a haredi Orthodox father of five, and his case drew the attention of leading lawmakers in Congress, including Reps. Chris Smith (R-N.J.) and Jerrold Nadler (D-N.Y.), as well as Penn, the movie actor and human rights activist.

Penn has served as an intermediary between the government of Bolivia and the United States, as relations between the two countries remain strained over the 2008 expulsion of the U.S. ambassador to Bolivia.

The Yeshiva World News in an article based on unnamed sources reported Monday that Ostreicher was not released by the government of Bolivia but rather escaped from the country.

An unnamed son of Ostreicher told the New Jersey newspaper The Lakewood Scoop that his father, who was under house arrest for the past year, was kidnapped in Bolivia and after a ransom payment he was returned to the United States.

Family members told the newspaper that Ostreicher had been missing for a week before they learned he had entered the United States. Family members have not yet spoken to Ostreicher, according to the AP.