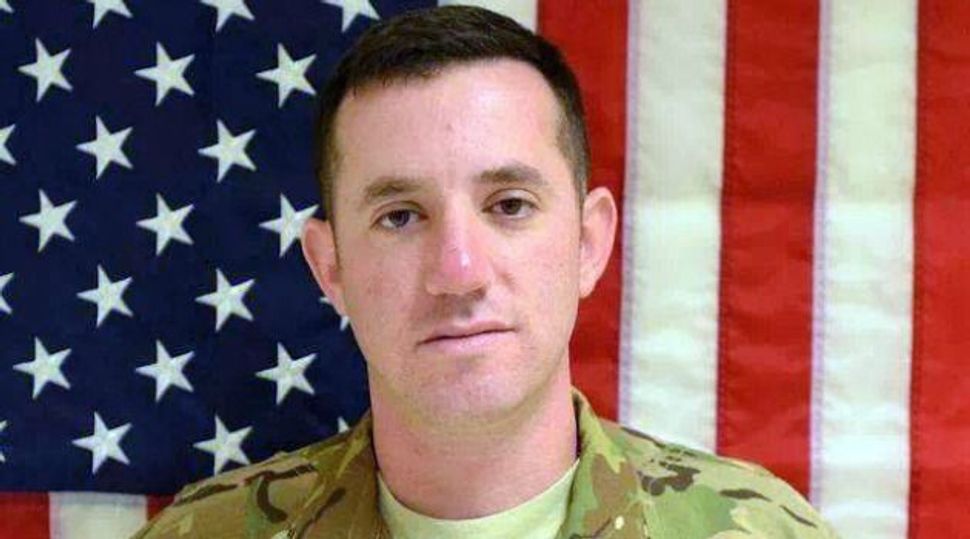 A graduate of the former Solomon Schechter Day School in St. Louis was one of the six U.S. service members killed in a helicopter crash in southern Afghanistan on Tuesday, the St. Louis Jewish Light reported.

The crash that caused the death Chief Warrant Officer 2 Joshua B. Silverman, 35, is still being investigated by the U.S. Department of Defense.

According to the report, Silverman graduated from Schechter in 1990. His parents, Barry and Susie Silverman, now live in Aurora, Col., while his own address was listed as Scottsdale, Arizona. The family’s former rabbi, Rabbi Carnie Shalom Rose of Congregation B’nai Amoona, told the Jewish Light that the funeral would be held in St. Louis.

“Josh was unlike any of my other friends,” Matthew Litwack, a childhood friend of Silverman’s, told the Jewish Light. “He was never concerned with what was cool. He did his own thing and people gravitated around him.”

He added: “I can never remember a time when we fought or when he was mean-spirited to anyone,” said Litwack. “Everyone liked Josh. When I posted about (what happened to) him on Facebook yesterday, no less than 100 people commented on what a terrific person he was.”

A memorial service was planned for Friday morning at the Saul Mirowitz Jewish Community School in St. Louis.