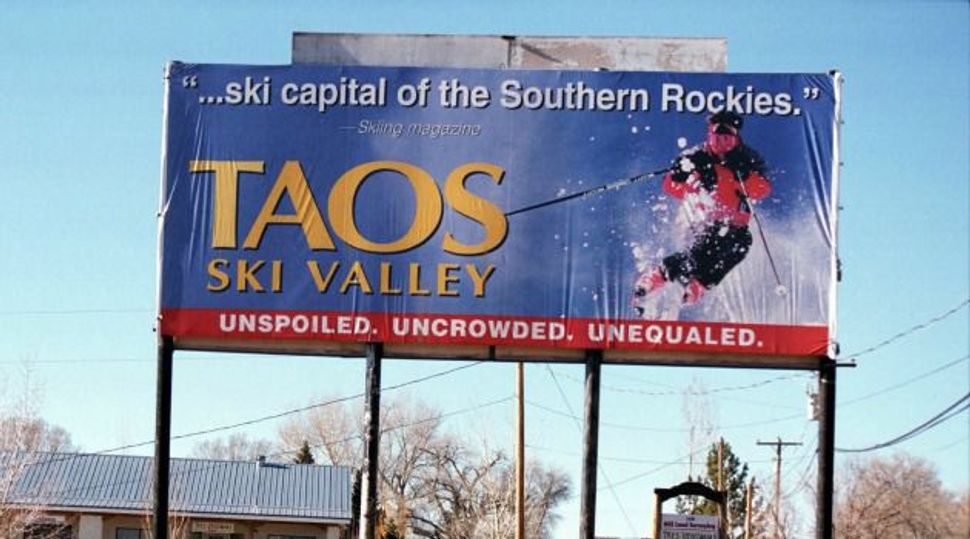 Billionaire financier Louis Bacon is buying Taos Ski Valley, a New Mexico ski resort founded by a Jew who fled Nazi Germany and whose family has owned Taos ever since.

The ski area was established in the mid-1950s by Ernie Blake, a German Jew born Ernst Hermann Bloch who emigrated from Germany in 1938 and changed his name to Blake during World War II, when he worked as a U.S. Army intelligence officer interrogating top Nazis.

Before fleeing Europe, Blake served as a Swiss Air Force pilot and is said to have been excluded from the 1936 German Olympics ice hockey team only because of his Jewish background. After moving to America, Blake worked in the winter department of Saks Fifth Avenue.

After installing its first lift, a J-bar, in 1956, Blake and his family turned what had been a forested area of the Sangre de Cristo range of the Rocky Mountains into a ski resort with 1,300 acres spread over 110 trails serviced by 13 lifts. The area, which tops out at about 12,500 feet, averages about 300 inches of snow per year.

Until its sale earlier this month, Taos was one of the last large family-owned ski mountains in America.

Bacon, the buyer, is the founder of Moore Capital Management, a hedge fund. Bacon owns thousands of acres of land in Colorado, Long Island and the Bahamas, and last year he helped protect 167,000 acres of ranch land in Colorado by donating conservation easements to the U.S. Fish and Wildlife Service, according to The New York Times. His fortune is estimated at $1.4 billion, according to Forbes.

The announcement regarding Taos did not disclose the amount of sale.

Despite its size and quality skiing, Taos’ base area is far less developed than most similar-sized American ski resorts, and the Blake family reportedly did not have the cash to make necessary capital improvements to Taos.

“The family got together and had this big heart-to-heart about how as a ski operation we will never be able to make these improvements without risking the company,” Blake’s granddaughter, Adrianna Blake, said, according to the Times.

Blake died in 1989, but many of his family members still work on the mountain, and his presence is still palpable on Taos. Four ski trails are named after the German officers who tried to assassinate Hitler in July 1944, and a slope called Al’s Run is named for a Jewish doctor friend of Blake’s who supported the development of Taos and so loved skiing that he kept going even after a heart condition forced him to take to the slopes with an oxygen tank strapped to his back.

Blake’s legacy at Taos was the subject of an award-winning JTA story in December 2011.