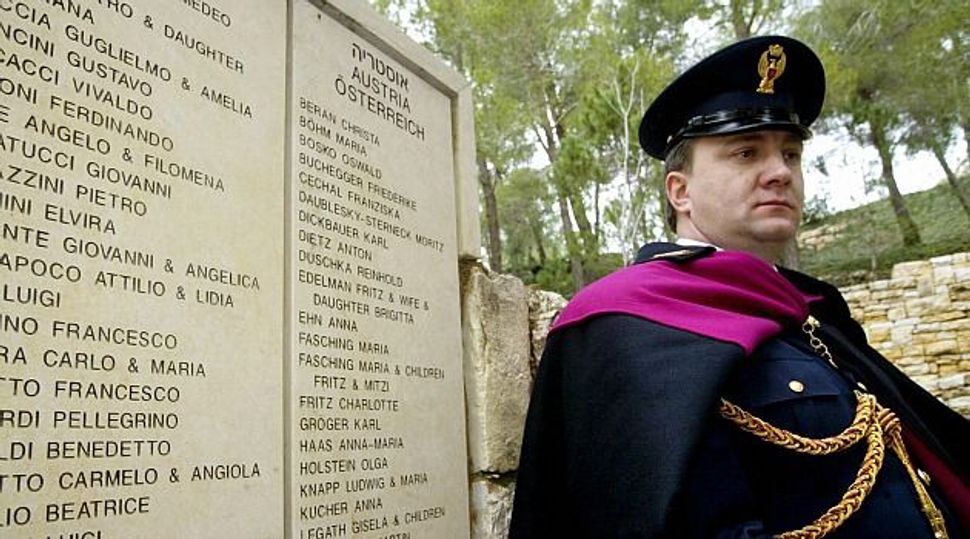 An Italian research group has begun investigating the case of Giovanni Palatucci, a World War II Italian policeman whose record of rescuing Jews recently has come under question.

The website of the Union of Italian Jewish Communities, or UCEI, said Friday that the so-called “Research Group on Fiume-Palatucci 1938-1945” held its first meeting earlier in the week in Milan, at the Center for Contemporary Jewish Documentation.

The seven-member group was set up by the center and the UCEI, and includes Holocaust scholars, historians and archivists. Palatucci, a fascist police official in wartime Fiume – now Rijeka, Croatia – has long been revered in Italy as an “Italian Schindler” who saved thousands of Jews by providing them with false papers.

The Yad Vashem Holocaust Memorial and museum in Jerusalem named Palatucci a Righteous Among the Nations and he was accorded other honors. In recent years, however, his record has come under scrutiny. While he is credited with having saved at least a few Jews, the number of 5,000 that is often quoted is allegedly greatly inflated. And while he was arrested and sent to Dachau, where he died in early 1945, recent research has shown that this was not because he helped Jews.

“A growing chorus of historians and scholars,” Italian journalist Alessandra Farkas wrote in the Milan daily newspaper Corriere della Sera this past summer, say Palatucci “is nothing but a myth, a sensational fraud orchestrated by the alleged hero’s friends and relatives who claim he saved more than 5,000 Jews in a region where there lived fewer than half that number of Jews.”

The research group set up by the center and UCEI is expected to carry out its investigation over the next six months and then publish a report on its findings.