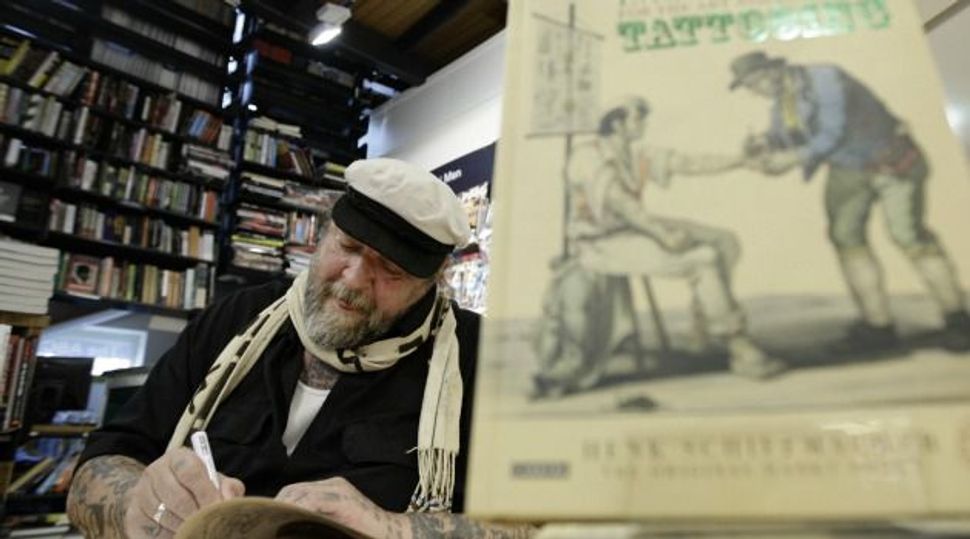 When Floris Hirschfeld’s mother died two years ago, he had her portrait tattooed on his back to honour her memory. One day he hopes the image, skin and all, will adorn the wall of an art collector’s home.

It might sound like a macabre Roald Dahl story, but could soon be reality with the help of a Dutch entrepreneur who has set up a business to preserve the tattoos of the dead.

“Everyone spends their lives in search of immortality and this is a simple way to get a piece of it,” Peter van der Helm, the tattoo shop owner behind the concept, said in an interview.

“Everybody with tattoos has that idea. It’s not a new idea, we just found a way to actually do it.”

Hirschfeld and about 30 other clients of the “Walls and Skin” tattoo parlour, which is tucked away in a canal house in the Dutch capital, have donated their skin to the company in a will and each paid a few hundred euros.

When they die a Dutch pathologist will remove the tattoo and freeze or package it in formaldehyde, ideally within 48 hours. It will then be sent to a laboratory outside the Netherlands, where a 12-week procedure extracts water and replaces it with silicone, leaving a rubbery substance.

Hirschfeld, an only child with no children of his own, does not yet know who will inherit his tattoo, but he knows he wants it saved.

“People have stuffed animals in their house, so why not skin?” he said.

“If you look in certain old tattoo shops, there is always a jar with special water and a piece of skin in it and it does look terrible. This way it looks much better, so if I can be preserved like this, yes please!”

Hirschfeld’s tattoos cover his body from the neck down.

“Some people are so important to me I always want to carry them with me and this way I can,” said Hirschfeld, whose mother died of cancer.

Van der Helm said he was mainly inspired by the idea of preserving the best works by skilful tattoo artists.

“Vincent van Gogh was a poor man when he died. You and me can’t buy a Van Gogh,” he said. “Tattooing is the people’s form of art.”