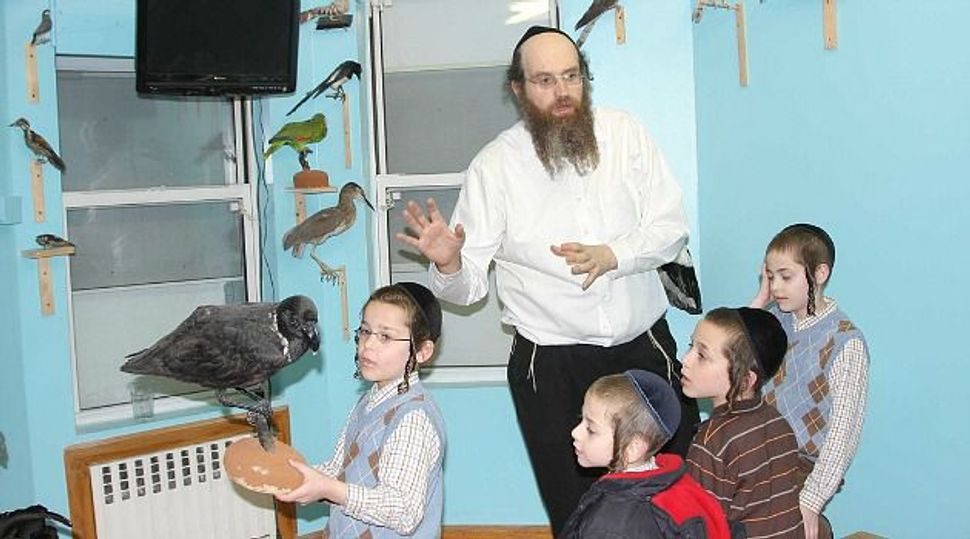 The museum aims to lay out, for the viewer’s pleasure and edification, an array of animals depicted in the Hebrew Bible, including ibexes, emus, peacocks and buffalo.

“My real goal was to create a zoo in Brooklyn,” Rabbi Shaul Shimon Deutsch, 47, told the New York Times. “But we didn’t want any wild lions getting loose in Borough Park, so we did the next best thing and used taxidermy.”

For many schoolchildren in Borough Park, the appointment-only museum offers a rare opportunity to gaze on the wonders of the natural world, though the Biblical focus limits the museum’s scope. Still, the motley collection, much of which was donated, include such curios as a $40,000 elephant head and a stuffed orex. Animals that appear in prayers, including Psalms, have their own display, along with an exhibit of all the varieties of kosher birds.

But despite the Bible’s endurance, most other things must end — including Torah Animal World’s long stay in Borough Park.

Deutsch told the New York Post that if a suitable sponsor appeared, he would not sell, but saving the museum would require at least $1 million.

The modest, teal-walled rowhouse that is the museum’s current domain is on the market for a hefty $995,000, not including the animals. Those are set to relocate to another museum owned by Deutsch in the Catskills. One can imagine the strange journey up the New York State Thruway, ibexes and antelopes crammed glassy-eyed in the trunk, a strange ark making its way to a resting place — like Noah’s — in the green mountains.