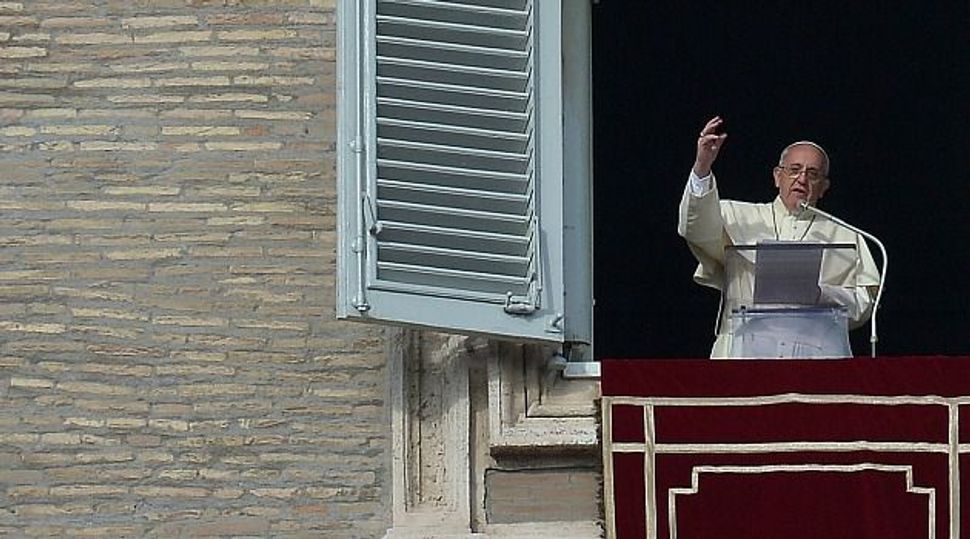 Pope Francis made an impassioned New Year’s peace address on Wednesday, saying the heart of humanity seemed to have gone astray and too many people were still indifferent to war, violence and injustice.

The pontiff, who took his papal name from St Francis of Assisi, the saint most associated with peace, urged the world to listen to the “cry for peace” from suffering peoples.

“It’s time to stop!” he said, departing from his prepared text.

Francis was speaking from the window of the Apostolic Palace overlooking St. Peter’s Square that popes traditionally use for their addresses.

Unlike his predecessors, Francis has not used the spacious apartment behind the window since his election in March, shunning pomp and preferring instead to live in small quarters in a Vatican guest house.

“Everyone must be committed to building a society that is truly just and caring,” he told the crowd on Wednesday, acknowledging the many peace banners and blue balloons held aloft.

In a message for the World Day of Peace sent to world leaders last month, Francis said that huge salaries and bonuses were symptoms of an economy based on greed and inequality

In that letter, the former Cardinal Jorge Mario Bergoglio of Argentina again urged nations to narrow the gap between rich and poor, more and more of whom were getting only “crumbs”.

Francis, named Person of the Year by Time magazine and a number of other publications, has urged his own Church to set an example by being more fair and frugal and less pompous, and to get closer to the poor and afflicted.

The new year is expected to bring concrete changes to the Vatican, plagued by a series of mishaps and scandals under Pope Benedict XVI, who in February became the first pontiff to resign in 600 years.

Francis has appointed a committee of eight cardinals from around the world to advise him on how to reform the central Vatican administration.

He has also named commissions to advise him on what to do with the scandal-plagued Vatican bank, on transparency in other parts of Vatican finance and on how to deal with the Church’s many sexual abuse scandals.

Vatican officials expect changes to start taking shape in late February, when his council of advisors has a pivotal meeting in the Vatican.

On Feb. 22, Francis will name his first batch of cardinals to join the exclusive group that will one day choose his successor.

The names of the new cardinals are expected to be disclosed sometime in late January, and will offer another indication of the type of humbler Church that Francis wants.