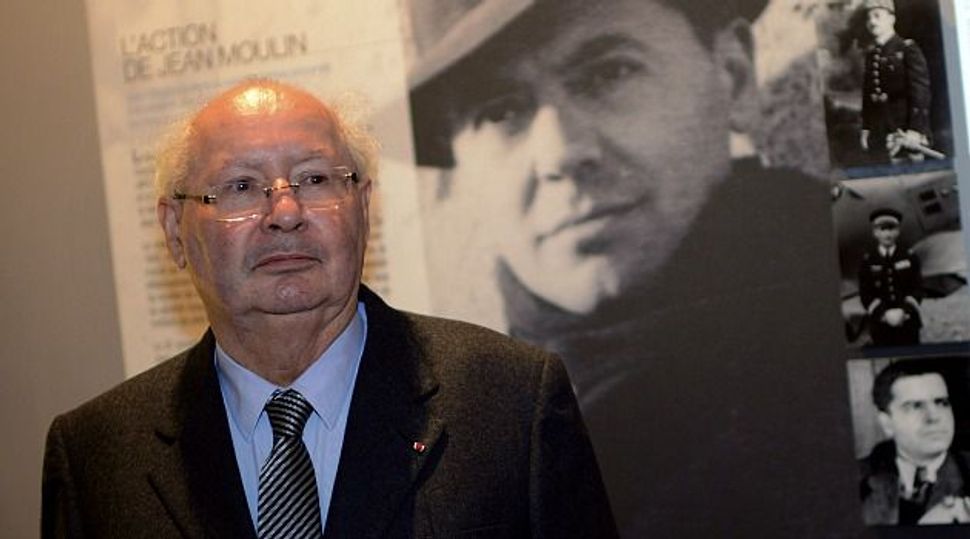 Serge Klarsfeld is among the Jewish recipients of France?s Legion of Honor award. Image by getty images

Nazi hunters, a fertility specialist and a Tunisia-born journalist are among the Jewish recipients in 2013 of France’s Legion of Honor award.

The Holocaust scholar and Nazi hunter Serge Klarsfeld, 79, was named Grand Officer of the Legion of Honor — the order’s second highest degree. His wife and partner, Beate Klarsfeld, received the lower distinction of commander, according to the French government’s annual honors decree published on Tuesday.

The Klarsfelds, who were made members of the order in 1984, were promoted for their work for preserving the memory of the Holocaust.

Dr. Rene Frydman, a gynecologist from southwestern France, also was named commander of the order for his work in advancing medicine. Frydman, 71, is responsible for the first successful in vitro fertilization, among other breakthroughs. He is the son of Jewish immigrants from Poland.

Other Jewish recipients include the Tunisia native Michele Fitoussi, a former editor of Elle women’s magazine, for her writing on social issues, including in the book “Stolen Lives.” The book, which tells the true story of a woman who was kidnapped as a girl by Morocco’s royal family, was selected for Oprah Winfrey’s Book Club in 2001.

Fitoussi was made chevalier, the lowest of the order’s five degrees of distinction.

Another chevalier was Nicole Bornstein, the top representative of the Jewish community of the Lyon region in southeastern France to CRIF, the umbrella organization of French Jewish communities, for her fight against anti-Semitism and other forms of racism.