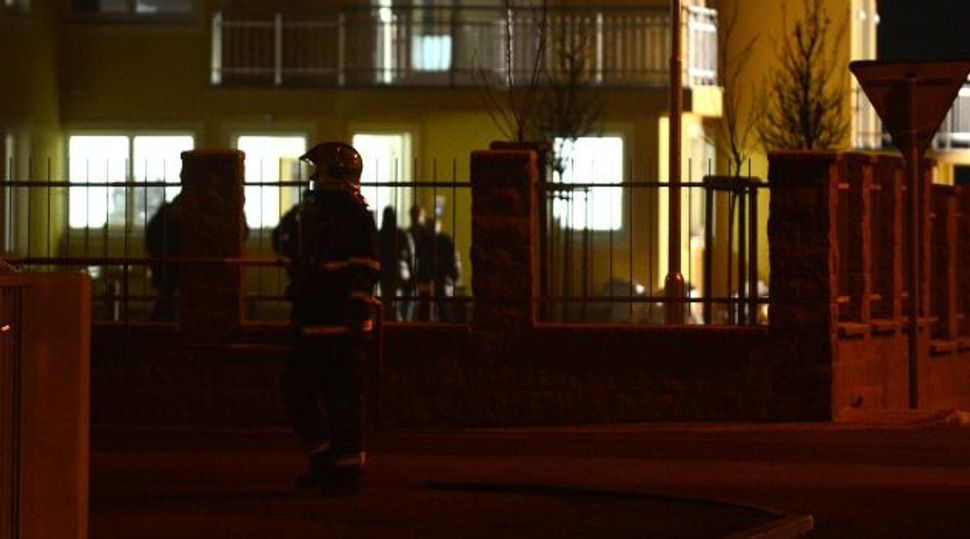 The Palestinian envoy to Prague was ‘deliberately killed’, his daughter alleged on Thursday, a day after he died in a mysterious explosion after opening a safe in his residence.

Czech police said the blast that killed ambassador Jamal al-Jamal might have been caused by mishandling an explosive securing the safe. They said they were not treating it as an attack or a terrorist incident.

In a further twist, investigators found unlicensed weapons at the Palestinian diplomatic mission, and the Czech foreign ministry said it would demand an explanation.

Jamal suffered lethal injuries to his head, chest and abdomen in the explosion on New Year’s Day. His daughter Rana al-Jamal, 30, told Reuters: “We believe my father was killed and that his death was something arranged and not an accident. How? We do not know and that is what we want to know.”

Jamal had been in Prague only since October but had previously served at the mission for two decades from the mid-1980s, the daughter said. He had used the safe during that period and it remained in Prague when he left, she added by telephone from Ramallah in the West Bank.

The Palestinian mission is in the process of moving into a new embassy and residence, which share the same compound. Jamal was killed at the new residence.

“The safe was emptied and moved to the house. My father had been putting documents inside it and it was open,” Rana al-Jamal said. “The explosion took place while he used it.”

She said her mother, who was there at the time, had told her the safe had not been badly damaged.

Nabil el-Fahel, a spokesman for the Palestinian mission, said the safe was being used on a daily basis to store cash.

Some safes can be fitted with small charges to destroy secret documents in the event of the lock being tampered with.

But Fahel said embassy staff were not aware that any explosive mechanism was attached to the safe that Jamal opened.

Prague police chief Martin Vondrasek told Czech Radio that investigators had found weapons at the mission that were not registered with local authorities. He did not reveal the quantity and type.

A Palestinian official, speaking on condition of anonymity, told Reuters that the mission’s staff had submitted the arms to the Czech authorities. He did not elaborate on the type of weapons involved, but said they had been retrieved from an old sack and had been untouched since Cold War times.

The Czech foreign ministry said it was concerned by the discovery. It said diplomats’ weapons were subject to local laws on arms, which require registration and licensing.

“The ministry is concerned that among evidence… were weapons not registered in the Czech Republic,” the ministry said in a statement.

“In such case, the Vienna Convention on diplomatic relations may have been breached and we will demand an explanation,” it added, referring to the international rules that govern the activities of diplomats and embassies.

Communist Czechoslovakia maintained friendly relations with the Palestine Liberation Organisation in the 1980s, but the Czech Republic, an EU and NATO member country, has been supportive of Israel.