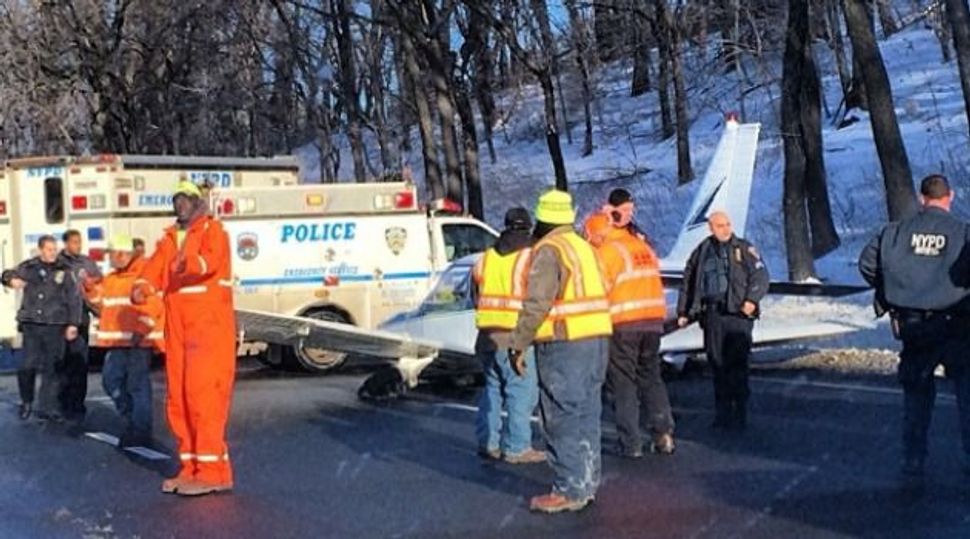 A small plane owned by a Jewish man made an emergency landing on a New York City expressway on Saturday, resulting in minor injuries to the three onboard and backing up a traffic on the major thoroughfare, emergency officials said.

The single-engine plane landed on the Major Deegan Expressway in the borough of the Bronx around 3:20 p.m. (2020 GMT). The situation was quickly brought “under control,” according to the New York City Fire Department.

The plane had departed Danbury, Connecticut, for a look of the Statue of Liberty and was on its way back when it experienced an onboard emergency, according to the New York City Office of Emergency Management.

The three persons in the plane were treated at the scene for minor injuries and then transported to a nearby hospital for further evaluation, officials said.

There were no reports of car accidents linked to the surprise landing of the four-seat 1966 Piper PA, although traffic was backed up in both directions as crews worked to remove the plane.

The plane is registered to Michael Schwartz of suburban South Salem, N.Y., the Daily News reported. It was not immediately clear if he was piloting the plane.