Pope Announces Trip to Israel, Territories and Jordan in May 2014 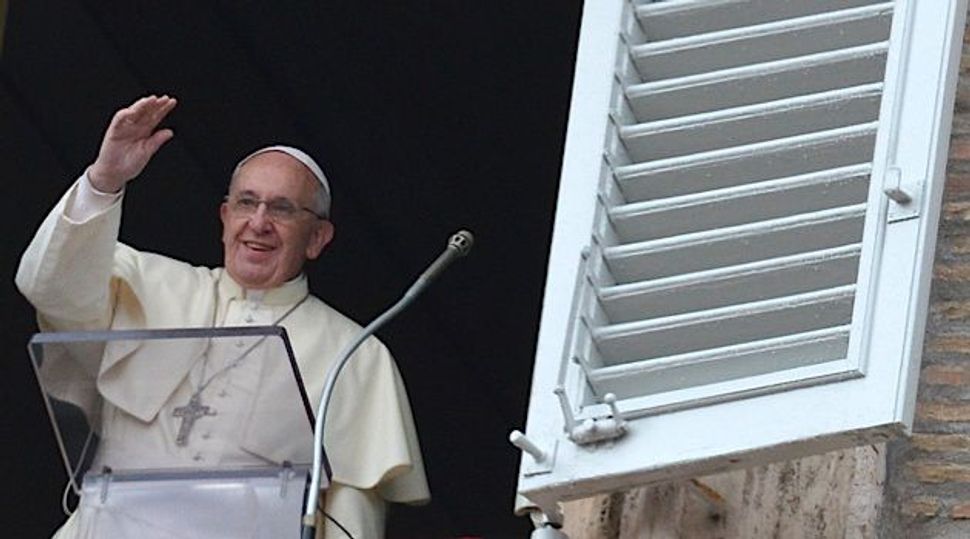 Pope Francis announced on Sunday that he will visit Holy Land sites in Jordan, Israel and the Palestinian Territories in May, his first trip to the area as pontiff.

The May 24-26 trip to Amman, Jerusalem and Bethlehem will mark the 50th anniversary of a landmark trip there by Pope Paul VI in 1964, the first by a pope in modern times. Pope John Paul II visited in 2000 and Benedict XVI went in 2009.

Francis, who has made many appeals for peace in the Middle East since his election in March, announced the trip to thousands of people in St. Peter’s Square for his Sunday address. He was invited by both Palestinian President Mahmoud Abbas and Israeli President Shimon Peres.

Many Christian Holy Land sites are in Israel’s Galilee region but Bethlehem, revered as the birthplace of Jesus, is in the Israeli-occupied West Bank, in the Palestinian Territories.

The Church of the Holy Sepulchre, where Jesus is said to have been buried and which the pope said he will visit, is in East Jerusalem, which Palestinians want as part of their future state.

Israeli and Palestinian negotiators resumed direct peace negotiations in late July after three years of stalemate. The Vatican has urged both sides to make “courageous and determined” decisions to move closer to peace, with the help of the international community.

Pope Announces Trip to Israel, Territories and Jordan in May 2014