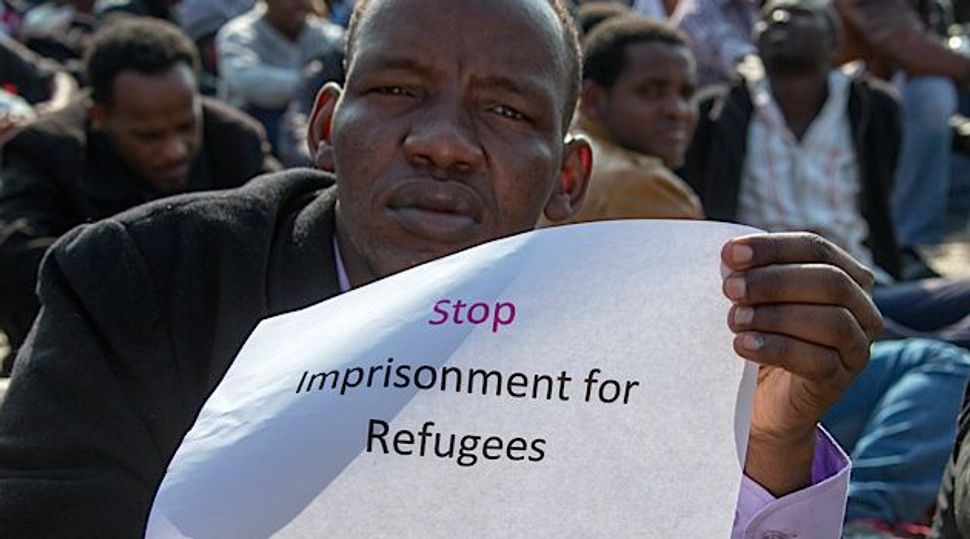 Thousands of African migrants in Israel, who are seeking asylum in the Jewish State, protested against the government for ignoring their asylum requests and placing then in detention facilities.

The African migrants, from Sudan and Eritrea, marched through Tel Aviv on Sunday, and held a protest at Rabin Square in central Tel Aviv. Another 300 African asylum seekers protested in front of the Interior Ministry offices in Eilat.

The migrants also staged a nationwide strike on Sunday that reportedly is scheduled to last three days.

The major protest follows two weeks of smaller protests. In mid-December, hundreds of African migrants gathered outside the Prime Minister’s Office in Jerusalem protesting Israel’s policy of detaining asylum seekers; they gathered there after walking from the Holot detention facility in southern Israel. The protesters were put on buses and sent back to the facility,

The Holot residence is called an “open facility,” with detainees free to leave during the day and with mandatory check-in at night. They are not allowed to hold jobs.

The Knesset last month approved an amendment to the Migrant Law to allow Israeli officials to hold African migrants in prison for up to a year without trial and in the open detention facility indefinitely.