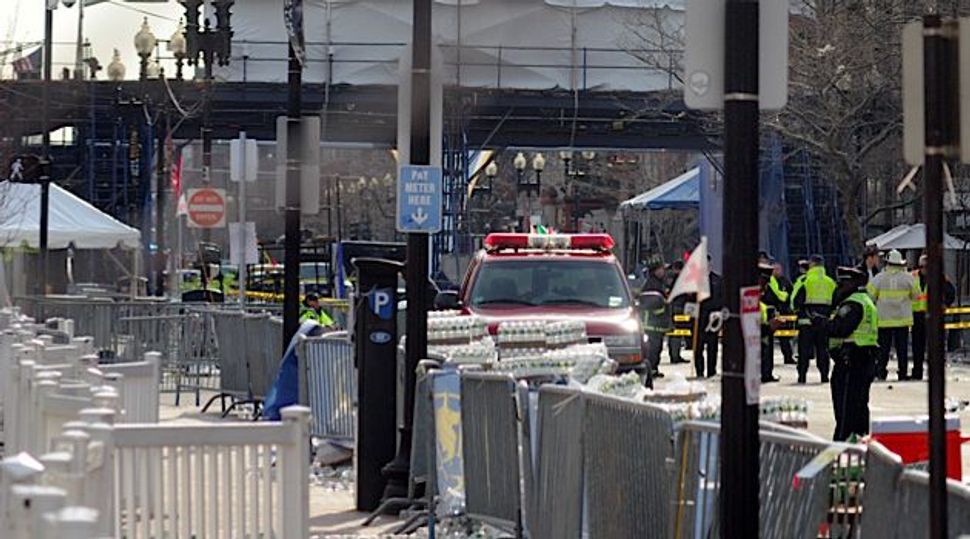 Pressure Cooker Bomb: Israeli security forces said a bomb planted on a bus resembled the one used at the Boston Marathon. Image by getty images

The bomb that exploded last month on a public bus in Bat Yam after the passengers had been evacuated closely resembled the bomb used in the Boston Marathon attack.

The bomb was enclosed in a pressure cooker and was activated by a cell phone, according to the Shin Bet security service, the Times of Israel reported.

Some 14 people have been arrested in the foiled Bat Yam attack, the Shin Bet announced after a gag order on the arrests was lifted on Jan. 2. Among the arrested are four members of the terrorist group Islamic Jihad from Bethlehem and a Bedouin Israeli, the Times of Israel reported.

The bomb, which was placed in a black backpack with wires sticking out, detonated on Dec. 22. The passengers had alerted the driver to a suspicious package left on the vehicle, which was traveling from Bnei Brak to Bat Yam in central Israel. The passengers were evacuated from the bus before it detonated.

The arrested Islamic Jihad members had intended to carry out a second larger attack, the Times of Israel reported.

The pressure-cooker bomb included more than four pounds of explosives and was surrounded by bails and screws. It is reminiscent of the bomb used at the Boston Marathon in April 2013, made by Dzhokhar and Tamerlan Tsarnaev, who may have created it using an al-Qaida manual online.