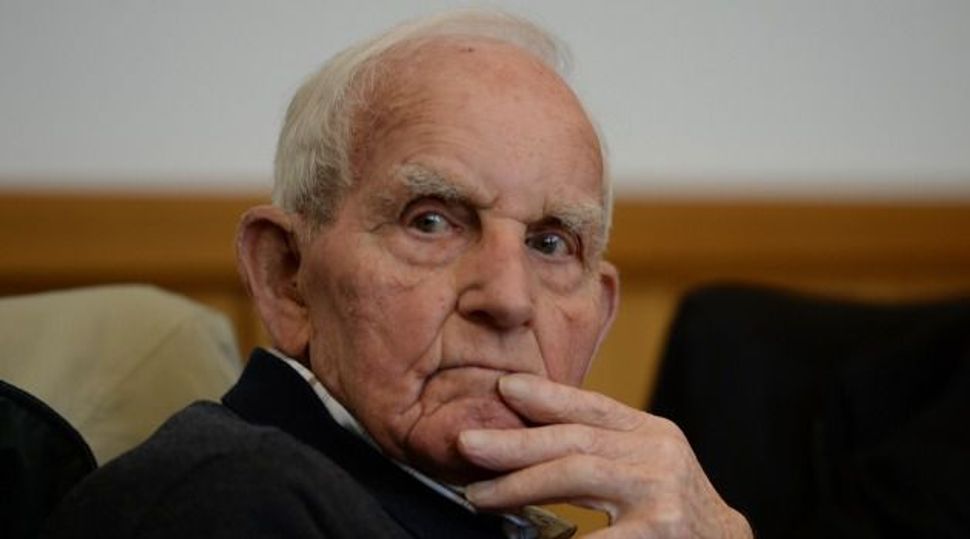 A German court dismissed a case on Wednesday against a 92-year-old man accused of killing a Dutch resistance fighter in World War Two when he was in Hitler’s elite Waffen SS, citing lost evidence.

At the end of one of Germany’s last Nazi war crimes trials, the judge in the court in the western city of Hagen said the case had to be dropped because too much evidence had been lost in the seven decades since the event.

Prosecutors had argued at the trial, which started in September, that Siert Bruins killed a Dutch citizen, Aldert Klaas Dijkema, who was suspected of working for the resistance against German occupation of the Netherlands in September 1944.

They said Dutch-born Bruins and another man, who has since died, shot Dijkema four times, once in the back of the head, possibly while he was fleeing. Prosecutors had called for a life sentence.

White-haired Bruins, who showed little emotion, left the court with the help of a walking frame.

Detlef Hartmann, lawyer for the victim’s sister, told reporters he was shocked at the court’s decision.

“My client has waited 70 years for the murder of her brother to be atoned for,” he told reporters.

“This ruling is a slap in the face of the German justice system because it took 70 years to get this far and now we are at a point where the proof is insufficient and the case has to be stopped.”

The court had in 1980 sentenced Bruins, who acquired German citizenship while serving as a German security and border guard in the Netherlands in World War Two, to seven years in jail as an accessory to the murder of two Jewish brothers in April 1945.

Although an international military tribunal put some of the most infamous Nazi leaders on trial soon after World War Two at the Nuremberg Trials, Germany itself has a patchy record on bringing its war criminals to justice.

With suspects now dying, some 70 years after the war, the hunt has shifted to people lower down the hierarchy who helped in the Holocaust, in which some 6 million Jews were killed, and the systematic persecution of homosexuals and other groups.

The impetus for a handful of new investigations came from the landmark conviction in Munich in 2011 of Sobibor death camp guard John Demjanjuk. He was the first Nazi war criminal to be convicted in Germany without evidence of a specific crime or a victim but on the grounds that he was a guard at a death camp.

Demjanjuk, a retired U.S. mechanic born in Ukraine, had been taken prisoner by the Nazis when he was a Soviet Red Army soldier. He died in March 2012 aged 91.