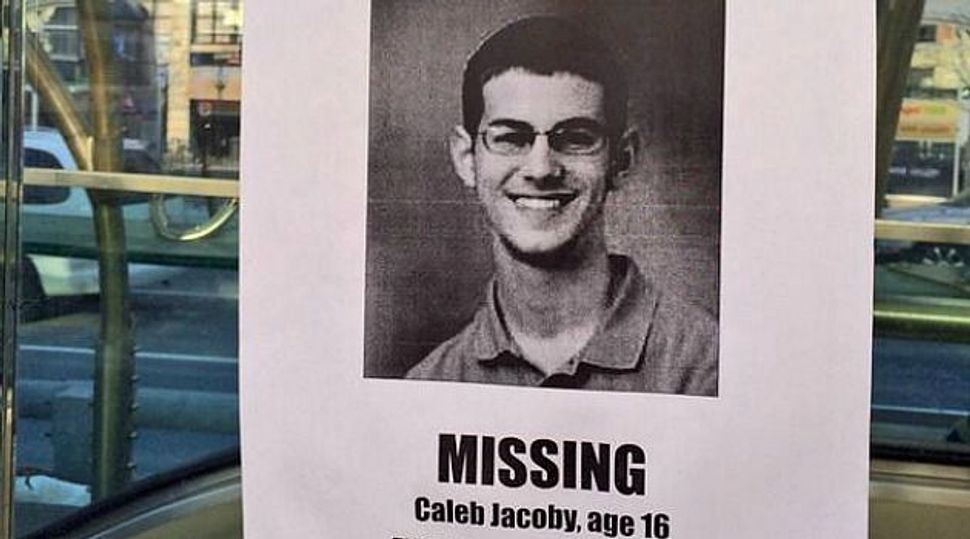 (JTA) — At the Maimonides School, it was all hands on deck as students and faculty mobilized to locate one of their own: Caleb Jacoby, 16, an 11th-grader and the son of Boston Globe columnist Jeff Jacoby who has been missing since Monday afternoon.

At the school’s computer lab, kids were working social media, spreading Caleb’s photo around the Internet. The lunch room had turned into a gathering spot for search volunteers, serving up trays of bagels and urns of coffee.

About 200 volunteers are participating in the search, which has extended into Boston.

“The school will continue to engage all of its resources to aid Caleb’s parents and the Brookline Police,” Head of School Naty Katz said in a statement. “Our entire school community is praying for Caleb’s safe return and we are deeply appreciative of the outpouring of support.”

After morning prayers, Rabbi Mordechai Soskil, the middle and upper school’s Judaic studies principal, acknowledged the difficulty of the day.

“We are here supporting the 340 kids that are here today,” Soskil said. “For the vast majority, it means going to class. The best thing to do for vast majority is to let them know that life is predictable. For a handful of kids, mostly 11th graders, the best thing is to give then an outlet. We are telling kids everyone here cares about them and thinks about them. We are concerned about Caleb, but there’s the same level of concern for everyone here.”

On Wednesday, Brookline Police Captain Thomas Keaveney told MassLive.com that law enforcement was “leaning more toward” treating the case as a runaway, rather than an abduction.

One of Caleb’s classmates, Adele Buff, was heading up the social media effort. Mid-morning, there were 15 kids typing away at computers and using cell phones to spread the word.

“We are contacting as many people as we can, at colleges, YMCAs and organizations, to let them know about Caleb and to contact us or the Brookline police,” Buff said. “We created a blog. We are getting a lot of feedback from people who want to help spread the word. He’s a quite, good kid.” 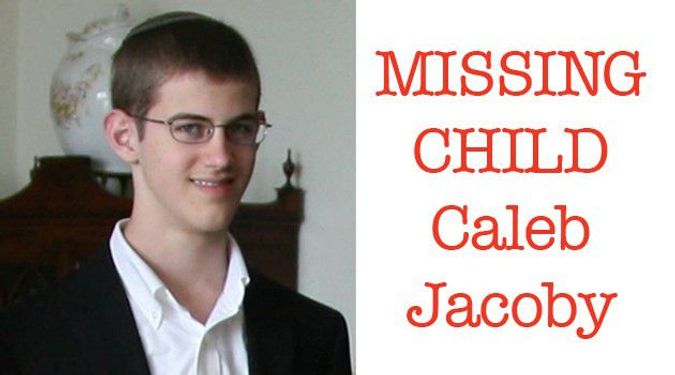