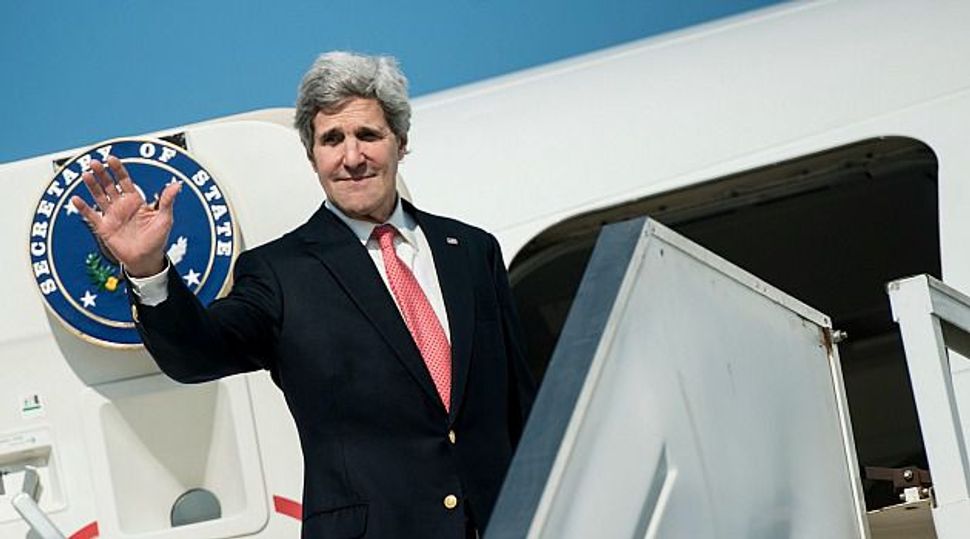 Israel on Friday announced plans to build 1,400 new homes in the occupied West Bank and East Jerusalem, days after U.S. Secretary of State John Kerry visited the region to push peace talks in which settlements represent a major hurdle.

Although widely expected, the announcement angered some of Israeli Prime Minister Benjamin Netanyahu’s own coalition partners and infuriated the Palestinians, who accused Israel of seeking to derail the peace negotiations.

“The recent announcement shows Israel’s clear commitment to the destruction of peace efforts and the imposition of an apartheid regime,” chief Palestinian negotiator Saeb Erekat said in a statement.

“(This) is a test for the U.S. administration’s ability to hold Israel accountable for actively sabotaging their efforts for peace.”

Some 26 Palestinians were freed at the end of last month, the third batch to be let go according to the terms of a deal brokered by Washington to secure the resumption of peace talks last July following a three-year hiatus.

Israel’s Housing Ministry said it planned to construct 801 housing units in the West Bank and another 600 in East Jerusalem, all on land seized in the 1967 war and which Palestinians want for their future state.

The ministry also re-issued tenders for 582 units in East Jerusalem that had previously failed to attract bids from contractors.

Anti-settlement watchdog Peace Now said that Friday’s announcement meant that since direct talks had resumed last year, Israel had unveiled plans for some 5,349 new homes in the West Bank and East Jerusalem.

Netanyahu, whose government includes pro-settler parties, has defended the expansion by saying the tenders were for homes in blocs that would remain Israeli in any future peace accord.

“This is a bad idea which Yesh Atid will do all it can to ensure remains just an idea that will not be implemented,” said party leader Yair Lapid, who serves as finance minister.

The Palestinians won an upgrade to their U.N. status in 2012 from “entity” to “non-member state” in a vote perceived as a de facto recognition of statehood and have threatened to join the International Criminal Court to confront Israel there.

However, they agreed last year to suspend any actions at the United Nations in exchange for the release of scores of Palestinians and a resumption of talks.

A previous round of negotiations broke down in 2010 in a dispute over settlement construction and since their revival this year, peace talks have shown little sign of progress.

Well over 500,000 Jewish settlers live in East Jerusalem and the West Bank.