Israel Proposes Bill To Outlaw Use of the Word ‘Nazi’ 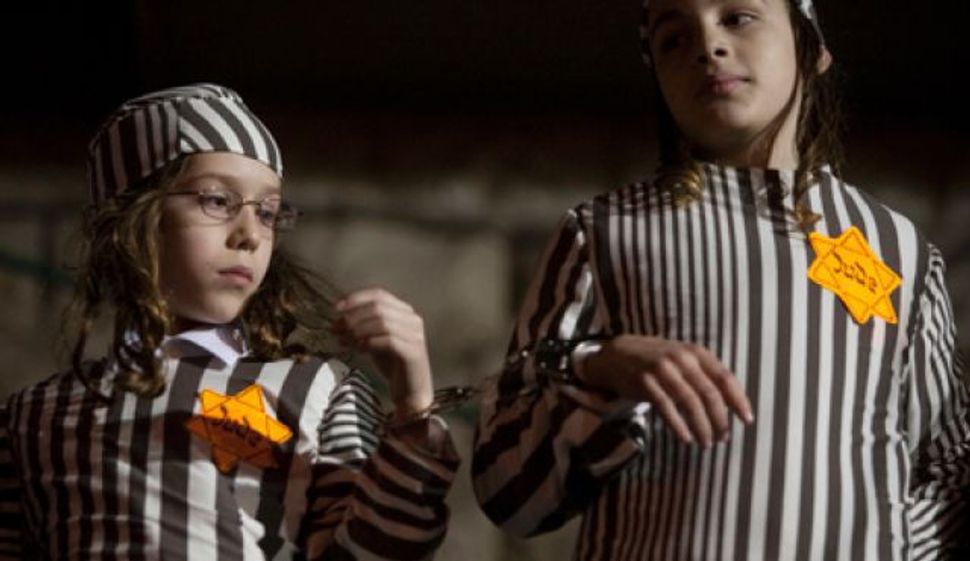 Israel’s Ministerial Committee for Legislation approved on Sunday a bill that would forbid the use of the word “Nazi” in any form, as well as words with similar sounds, for any reason. Use of the word Nazi would be allowed only for “educational purposes, documentation, historical or scientific research.” Offenders would face up to six months in prison and a fine of up to 100,000 shekels ($28,000). The draft law also outlaws “insulting someone by wishing or expressing hope that the Nazis’ goals should be fulfilled” as well as “lamenting the fact that the Nazis failed to achieve their goals.” The bill would not prohibit calling actual Nazis as such.

MK Shimon Ohayon (Yisrael Beiteinu) introduced the bill in order “to prohibit use of Nazi symbols and terminology.” It will be submitted to the Knesset for preliminary reading, or an initial vote, on Wednesday.

In addition to prohibiting Nazi terminology, the bill would forbid the wearing of items including striped clothing meant to resemble the uniforms worn by concentration-camp prisoners, yellow Stars of David and swastikas in any form.

“Unfortunately, the phenomenon of using Nazi symbols and terminology has only become more prevalent in recent years. The unbearable ease with which these things are used on a day-to-day basis as part of public and political discourse represents grave disrespect for the feelings of holocaust survivors and their descendants, and is worthy of condemnation,” reads the preamble to the bill, in part. “The world in which we live in makes it appropriate to solidify prohibitions against using symbols and terminology from the Holocaust through legislation, in order to prevent the phenomenon from spreading further.”

“It is very important that Israel join many other nations in Europe in forbidding all use of Nazi symbols,” Ohayon said, adding, “The increasing prevalence of neo-Nazi groups that use these symbols represents a danger for Jews, and as long as Israel does not forbid use of such images, we cannot take issue with such phenomena throughout the world.”

Israel Proposes Bill To Outlaw Use of the Word ‘Nazi’