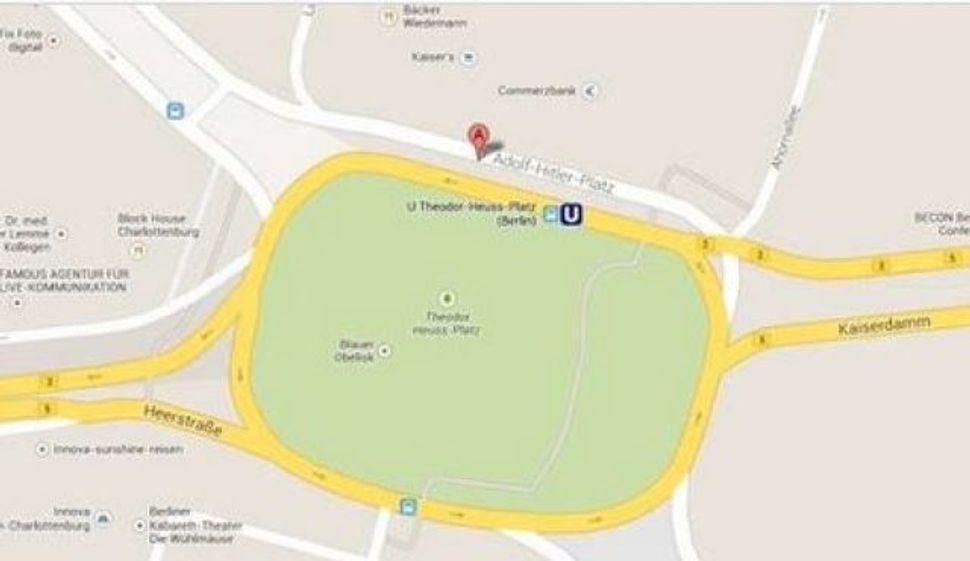 Google has apologized for labeling a Berlin intersection as Adolf-Hitler-Platz, its Nazi-era name, on Google Maps.

The apology came on Friday, after the company was made aware of the error, apparently edited in by users of its Map Maker function. The intersection today is known as Theodor-Heuss-Platz, after West Germany’s first post-World War II president, according to the Associated Press.

The Nazi-era name was available on the map for about a day, according to reports.

Google said in a statement that “the change in the street name was mistakenly approved, and we fixed it as soon as we were made aware.” The statement added that: “We apologize for any offense caused.”