Monument to Gay Victims of Holocaust Unveiled in Israel 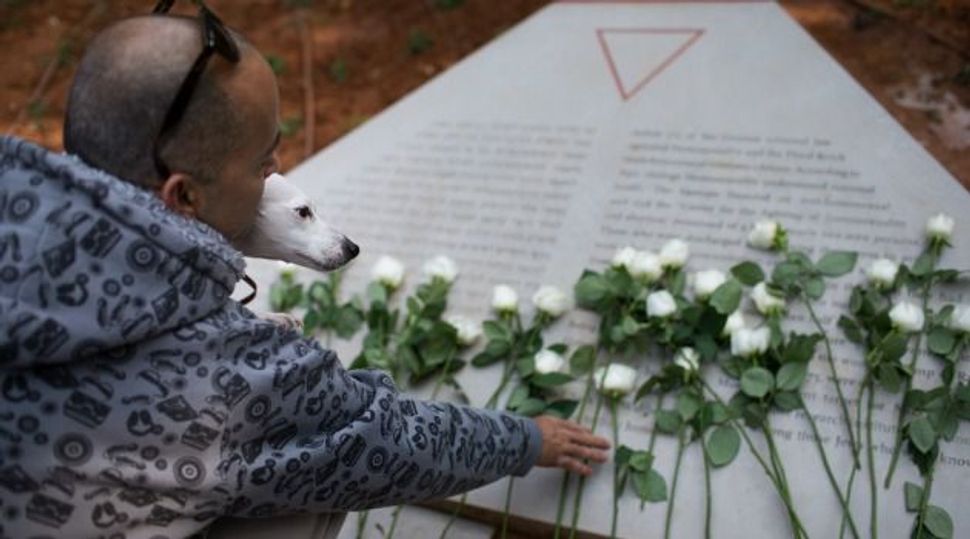 Pink Remembrance: An Israeli man places flowers on a new monument to gays and lesbians killed by Nazis. Image by getty images

A monument to gays persecuted by the Nazis was dedicated in Tel Aviv.

The monument, the first of its kind in Israel, was constructed in Meir Park, near the Tel Aviv Gay and Lesbian Association Center in the central part of the city.

The inscription on the memorial reads in Hebrew, English and German: “In memory of those persecuted by the Nazi regime for their sexual preference and gender identity.”

The project was initiated by Tel Aviv councilman Eran Lev, who is gay. “The significance here is that we are recognizing that there were other victims of the Holocaust, not just Jews,” Lev said at the dedication on Jan. 10, according to the Associated Press.

Memorials to the gay victims of Nazi persecution exist in Berlin, Amsterdam, Sydney and San Francisco.

Monument to Gay Victims of Holocaust Unveiled in Israel