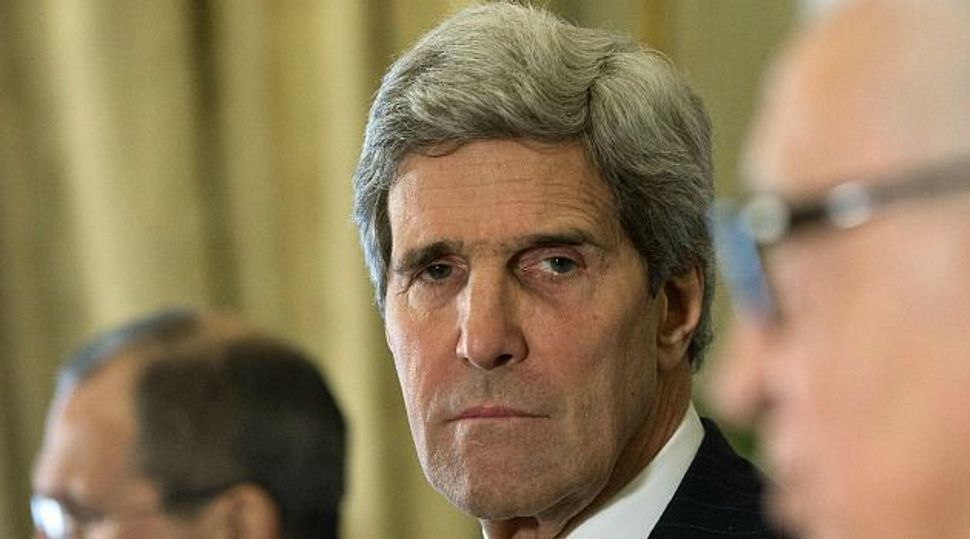 Israel’s defence minister called U.S. Secretary of State John Kerry’s quest for Israeli-Palestinian peace messianic, a newspaper said on Tuesday, reporting what it described as remarks made behind closed doors.

“Secretary of State John Kerry – who has come to us determined and is acting out of an incomprehensible obsession and a messianic feeling – cannot teach me a single thing about the conflict with the Palestinians,” Yaalon was quoted as saying.

Yedioth said Yaalon voiced his comments in private conversations before one of Kerry’s recent mediation visits to the region, but gave no specific date.

Kerry has been on a diplomatic blitz in recent weeks to persuade Israel and the Palestinians, who resumed statehood talks in July after a three-year deadlock, to agree on an outline proposal addressing the core issues of their conflict.

“The only thing that can save us is if Kerry wins the Nobel prize and leaves us alone,” Yaalon was quoted as saying.

Yaalon has often cast doubt on the chances of reaching a deal with the Palestinians. He is a member of Netanyahu’s right-wing Likud party and a former army chief who was replaced in that post before Israel’s 2005 unilateral pullout from the Gaza Strip, a move he opposed.

Israel’s chief negotiator with the Palestinians, Justice Minister Tzipi Livni, rallied to Kerry’s defence on her Facebook page, hailing what she described as his commitment to Israel’s future.

“One can object to the talks in a matter-of-fact and responsible manner without lashing out and wrecking relations with our best of friends,” she said.

One of the sticking points in the negotiations, which have shown few signs of progress, has been Israel’s demand to maintain a military presence under any future peace deal in the Jordan Valley, between Jordan and the occupied West Bank.

Kerry has presented the sides with ideas for security arrangements in the Jordan Valley, but neither side has publicly endorsed them.

According to the newspaper report, Yaalon said: “The American security plan is not worth the paper it is written on.”

Yaalon has often cast doubt on the peace intentions of Western-backed President Mahmoud Abbas, who seeks a state in the West Bank and Gaza Strip, with East Jerusalem as its capital.

Yedioth quoted Yaalon as questioning whether Abbas, whose Palestinian Authority lost control of the Gaza Strip to rival Hamas Islamists in a brief civil war in 2007, would be able to remain in power in the West Bank after any Israeli pullout.

“Abu Mazen (Abbas) lives by our sword,” he said, according to the newspaper, alluding to Israeli military force preventing Hamas from challenging him in the West Bank. “The minute we leave Judea and Samaria (the West Bank) he is finished.”