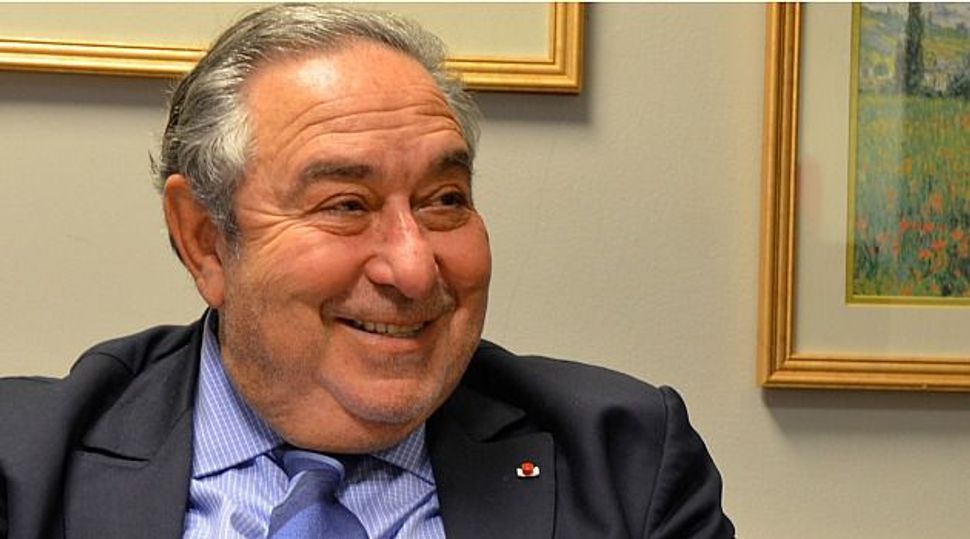 Good Times: Serge Berdugo, secretary general of the Moroccan Jewish community and a former minister of tourism, says things couldn?t be better for Jews in the North African land.

At the request of Morocco’s king, prayers for rain were held at synagogues across the kingdom.

The prayers were recited on Jan. 11, one day after countless Muslims said similar prayers in mosques at the request of King Mohammed VI, the Moroccan daily Le Matin reported. The king made the request upon learning that Morocco may suffer a drought in 2014.

Responding to the king’s plea, the Council of Israelite Communities in Morocco, or CCIM, published a statement in which it “invites worshipers to pray in all the synagogues of the kingdom” so that God may “spare our country and help His Highness the King.”

On Jan. 2, King Mohammed VI met in his royal palace in Marrakesh with Jack Lang, a French Jewish former minister who last year became the head of the Arab World Institute – a Paris-based intergovernmental body which France runs jointly with 22 Arab nations.

Under Mohammed VI, Morocco has undertaken massive renovations of Jewish heritage sites in Morocco and also has participated in such projects abroad, including in Cape Verde off the coast of Senegal, which used to have a population of Moroccan Jews.

About 3,000 Jews live in Morocco, according to the European Jewish Congress.