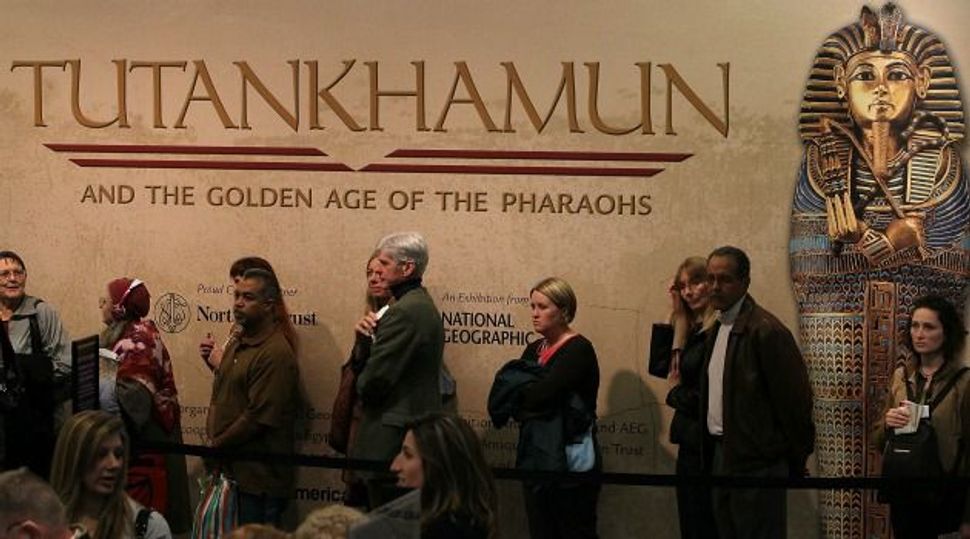 Archaeologists in Egypt believe they have discovered the remains of a previously unknown pharaoh who reigned more than 3,600 years ago.

The skeleton of King Senebkay were uncovered at South Abydos in Sohag province, about 500 km (300 miles) south of Cairo, by a University of Pennsylvania expedition working with the government, the Egyptian antiquities ministry said.

Never before heard of in ancient Egyptian history, King Senebkay’s name was found inscribed in hieroglyphics written inside a royal cartouche – an oval with a horizontal line at one end signalling a royal name, the ministry said in a statement.

Photographs released with the statement showed what appeared to be a heavily damaged sarcophagus in a burial chamber with no roof. Its stone walls were decorated with painted images.

The photos also showed the pharaoh’s skeleton laid out on a white sheet. “He was originally mummified but his body was pulled apart by ancient tomb robbers,” said the caption.

“No funerary furniture was found in the tomb, confirming it had been robbed in the ancient pharaonic ages,” the statement said, quoting Ali al-Asfar, an antiquities ministry official.

In the statement written in Arabic, Joseph Wegner, head of the expedition, added: “The modesty of the size of the tomb points to the decline of economic conditions in this period”.

The statement dates King Senebkay’s rule to 1650 BC during a time known as the second intermediate period when central authority collapsed and small kingdoms sprung up between the end of the Middle Kingdom and the start of the New Kingdom.