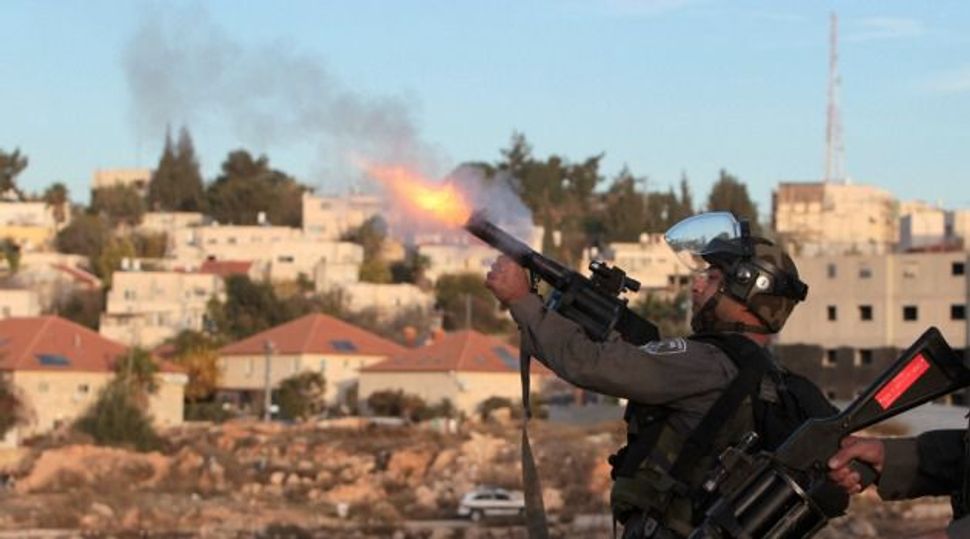 Israel’s prime minister has increased the amount of occupied territory he wants to keep after any peace deal with the Palestinians, state media reported on Thursday, a move that could complicate U.S.-backed efforts to reach an accord.

Benjamin Netanyahu’s spokesman declined to comment on the report he had added a bloc of Israeli-settled land near the Palestinian governmental seat in the occupied West Bank to a list of enclaves Israel intends to retain.

That would leave 13 percent of the West Bank in Israeli hands, Israel’s Army Radio said, a prospect likely to dismay Palestinians who want the area for a future state. There was no immediate comment from Palestinian President Mahmoud Abbas.

Netanyahu had also departed from past peace blueprints that had envisaged an equal trade of land inside Israel for any West Bank areas it retained, the radio station said.

Instead, Netanyahu has offered to buy some of the settlement land from the Palestinians, but they had rejected such a deal, it added.

The station attributed its information to an anonymous source familiar with the details of five-month-old, U.S.-brokered peace talks between Israel and the Palestinians.

According to the report, Netanyahu told U.S. Secretary of State John Kerry that Israel intends to hold on to the Beit El settlement enclave in addition to the Etzion, Maale Adumim and Ariel blocs it has long said it would keep.

Army Radio said Netanyahu, in his talks with Kerry, cited a biblical connection to the Beit El area, noting its depiction in the Book of Genesis as the place where Jacob dreamt about a ladder to heaven.

The future of settlements is a core issue in the decades-old Israeli-Palestinian conflict. Palestinians fear Israeli enclaves will deny them a contiguous and viable country.

Israel, in tandem with the release of dozens of Palestinian prisoners as part of the current negotiations, has stoked Palestinian anger by announcing new housing construction plans in areas it has said will remain in its hands.

Palestinians seek a state in the West Bank and Gaza Strip with East Jerusalem as its capital. Israel captured those areas in the 1967 war and pulled its troops out of the Gaza Strip, now run by Hamas Islamists opposed to the peace talks, in 2005.

More than 500,000 Israeli settlers live among 2.4 million Palestinians in the West Bank and East Jerusalem. Most countries consider the settlements illegal and Palestinians fear the enclaves will deny them a viable and contiguous state.

Kerry came under fire this week from Israeli Defence Minister Moshe Yaalon, who was quoted in an Israeli newspaper as rejecting a U.S.-proposed security plan and calling Kerry “messianic” in his quest for a peace deal.

America’s top diplomat, who has paid 10 visits to Jerusalem over the past year, said on Wednesday he would not be deterred by the criticism.