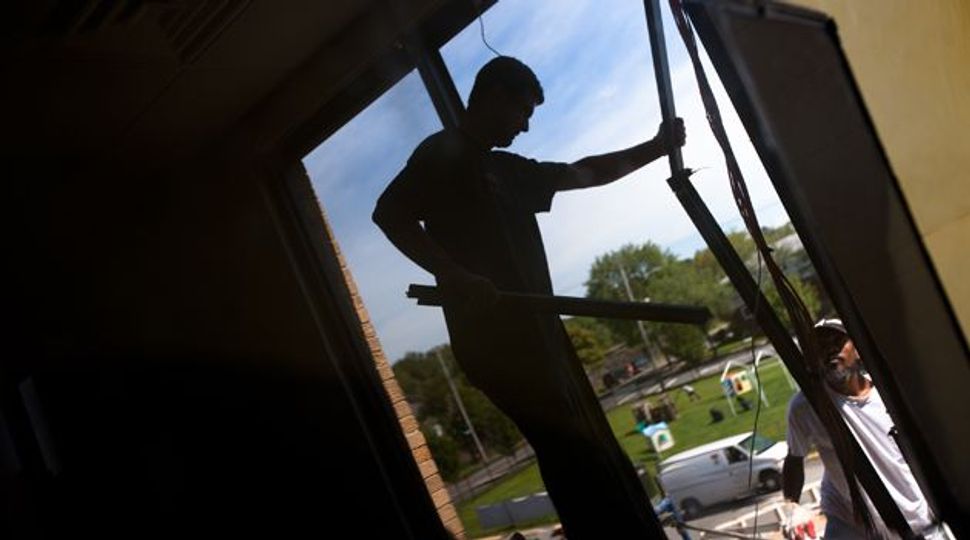 Security at a Cost: Congregation B?nai Israel of Staten Island installs new windows, paid for by a federal grant. Image by claudio papapietro

The money was in the $1.1 trillion budget passed this week by both houses of Congress. Last year the program received just $10 million.

The program, which has existed since the mid-2000s, has so far disbursed $151 million through the Department of Homeland Security. Of that amount, $110 million has gone to Jewish institutions seeking funding for add-ons like barriers and security cameras.

Leading advocacy for the funding has been the Jewish Federations of North America, the Orthodox Union and Agudath Israel of America.

“Since September 11, nonprofits generally, and Jewish communal institutions specifically, have been the victim of an alarming number of threats and attacks,” William Daroff, the JFNA’s Washington director, said in a statement. “Until nonprofit institutions are secure from such threats, The Jewish Federations will continue to strongly support the Nonprofit Security Grant Program.”

In a separate statement, the Orthodox Union praised lawmakers who champion the funding, chief among them, Sen. Barbara Mikulski (D-Md.).

The Reform movement generally abjures the funding because of concerns about church-state separation.

The $1.1 trillion spending bill passed this week breaks a years-long budget impasse between the Republican-majority U.S. House of Representatives and the Democratic-majority Senate. It also includes $3.1 billion in assistance for Israel.