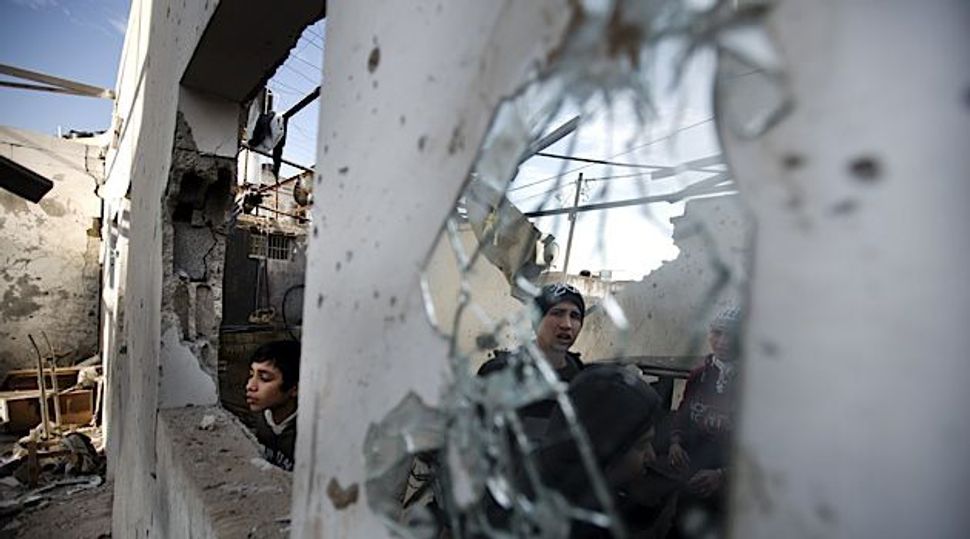 Israel said it carried out an air strike on Sunday against a Gaza militant who it blamed for cross-border rocket attacks last week, and Palestinian medics said two people, including a 12-year-old, were wounded.

The so-called “targeted attack” against a man the Israeli military identified as Ahmad Sa’ad, a senior Islamic Jihad operative, was a sign of growing Israeli impatience over a recent upsurge in rocket fire out of the Hamas-run Gaza Strip.

The military said Sa’ad was personally responsible for the launching of five rockets at the Israeli southern city of Ashkelon on Thursday.

Israel’s Iron Dome missile defence system knocked out all five projectiles and the military responded with a series of strikes across Gaza, reviving memories of 2011 and 2012, when such tit-for-tat firing became the norm.

“We are determined to ensure the south remains quiet,” Israeli Prime Minister Benjamin Netanyahu said in public remarks at the weekly meeting of his cabinet in Jerusalem.

“We are doing this through a policy of preventive attacks and forceful retaliation against those trying to strike us or those who do so. I suggest to Hamas that it take this policy into account,” he said.

Palestinian medics said Israeli aircraft attacked a motorbike in the northern Gaza Strip, and that a 24-year-old man and a 12-year-old boy were wounded. They did not identify the two, but the Israeli military said Sa’ad was hit in the strike.

An Israeli military official said on Thursday that Hamas, an Islamist movement that has governed the Gaza Strip since 2007, should intervene to stop rocket attacks, which he blamed on smaller militant groups backed by Iran.

After months of unusual quiet along the fence that separates southern Israel from the Gaza Strip, some 20 missile launches have been detected in the last month, the Israeli military said.

In a statement on Sunday’s air strike, the military said it “targeted an integral component of the Gaza terrorist mechanism” and would not tolerate “aggression from the Hamas territory”.

Earlier on Sunday, a rocket fired from the Gaza Strip struck southern Israel, causing no casualties. Israel responded with air strikes on two sites in the territory.

Hamas said two of its training camps were hit in the attacks, but no one was hurt.

Israel waged a massive air assault on the Gaza Strip in November 2012, reaching a ceasefire deal with Hamas after eight days of conflict that introduced a prolonged period of calm.

Since the end of that conflict, 16 Palestinians have been killed by Israeli forces in the Gaza Strip, the United Nations Office for the Coordination of Humanitarian Affairs says.

Over the same period, one Israeli civilian who was working on the Gaza border fence was shot dead by a Palestinian sniper.

Israel captured Gaza in a 1967 war but pulled out settlers and soldiers in 2005.