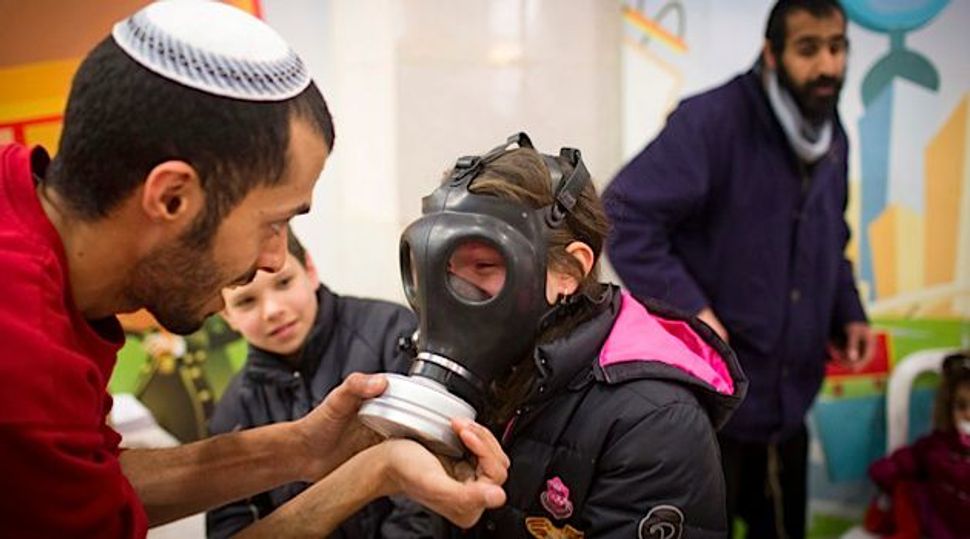 Israel decided on Sunday to end a decades-old policy of issuing gas masks to the public in an apparent sign of confidence in Syria’s chemical weapons disarmament.

Since being hit by Iraqi Scud missiles during the 1991 Gulf War, authorities have handed out masks, though Syria’s chemical arsenal was Israel’s primary concern in recent years.

That changed when Syrian President Bashar al-Assad, embroiled in a civil war and under threat of a U.S.-military strike, agreed last year to give up his chemical weapons stockpile. The final deadline set for eliminating the chemical agents is the end of June.

Israel’s main security focus is now on Iran, which it accuses of developing nuclear weapons, an allegation Tehran denies.

Prime Minister Benjamin Netanyahu’s office said in a statement the decision to stop providing masks to all Israelis was a result of “a defence establishment assessment that there has been a dramatic decline in the threat of the firing of chemical weapons at Israel”.

Distribution of masks to the public will stop by February and afterward they will be produced in much smaller quantities for rescue services only, the statement said.

Some Israeli officials had suggested halting the programme on economic grounds, noting a kit cost an average of $100 to produce for a population of around eight million, and was of limited value against nerve agents.

“I think this decision stems mainly from budgetary concerns, but also from the perception that the threat has diminished given the Syrian chemical disarmament process,” said Alon Rozen, former director-general of the Civil Defence Ministry, who now runs the Elements HLS consultancy firm.

As recently as last August, thousands of Israelis lined up for gas masks, spurred on by fears that a U.S.-strike against Assad’s forces would bring reprisals against Israel.

Washington had threatened military action after reports surfaced of poison gas attacks on the outskirts of Damascus that killed hundreds, including children.

Assad then agreed to abandon his chemical weapons, and the Organisation for the Prohibition of Chemical Weapons (OPCW) is now overseeing the destruction of the Syrian arsenal.