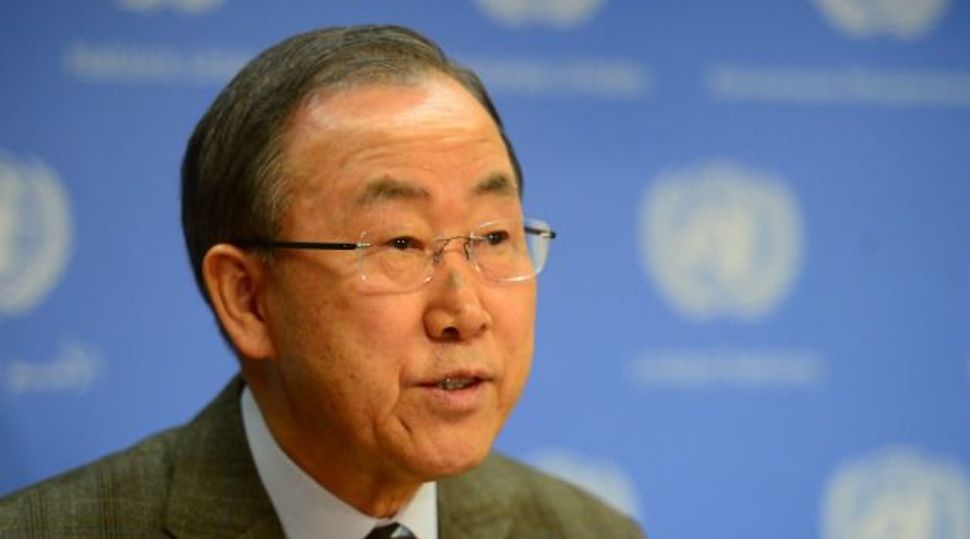 United Nations Secretary-General Ban Ki-moon visited a New York City synagogue to honor the memory of the victims of the Holocaust in advance of International Holocaust memorial day.

Ban on Saturday spoke at Park East Synagogue at its memorial service in honor of victims of the Holocaust. He also paid tribute to Holocaust survivors and called for collective action to prevent future Holocausts.

“My hope is that our generation, and those to come, will summon that same sense of collective purpose to prevent such horror from happening again anywhere, to anyone or any group,” Ban said.

The International Day of Commemoration in Memory of the Victims of the Holocaust is observed annually on January 27, the anniversary of the liberation in 1945 of the Nazi concentration camp at Auschwitz-Birkenau in Poland. Over one million Jews and other minorities died there during World War II.

He recalled his visit to Auschwitz last November, during which he was “profoundly saddened” by what he saw as he walked around the death camp.

“Even today, the Holocaust is hard to grasp,” Ban said. “The cruelty was so profound; the scale so large; the camps spread so far and wide. The Nazi worldview was so warped and extreme – yet attracted so many followers.”

The featured speaker at the Jan. 27 memorial ceremony at U.N. Headquarters will be filmmaker Steven Spielberg, whose Shoah Institute for Visual History and Education was a landmark in preserving survivor testimony.

“Each of us has a role to play in combating intolerance, incitement and the manipulation of ethnic or religious identity that we see in conflicts and political campaigns,” Ban said. “All those involved in atrocities – whether head of State or head of militia – should be held accountable.”