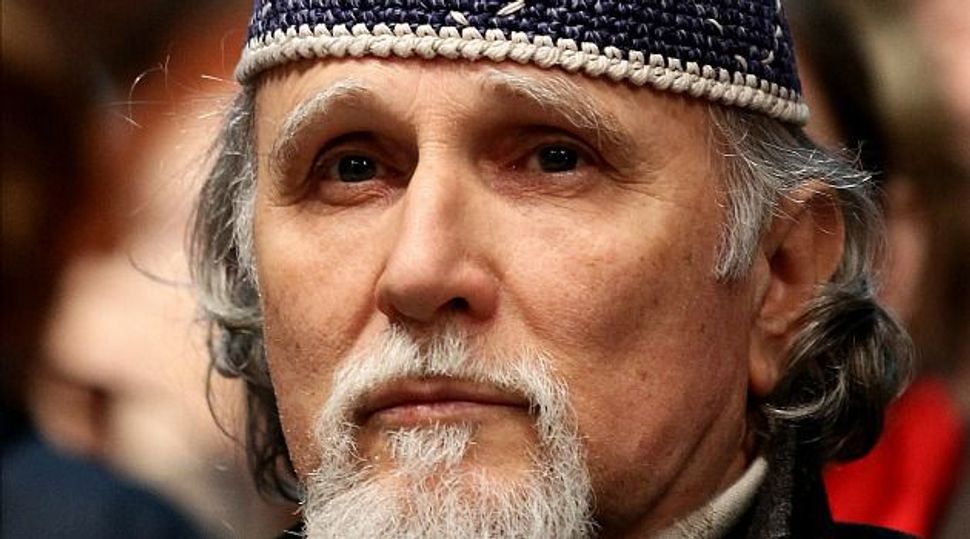 I Quit: Italian actor Moni Ovadia resigned from the Milan Jewish community with accusations that it is a ?propaganda office? of the Israeli government. Image by getty images

Special meetings are being held this week to discuss increasingly sharp political tensions within the Italian Jewish community centered on differing attitudes toward Israel and the Middle East.

The meetings were called in the wake of an incident on Jan. 14, in which Jewish protesters disrupted a panel discussion of a book on the left wing and Israel, “The Left and Israel: The Moral Frontier of the West.” The event was organized at a Rome Jewish center by the leftist Jewish group J-Call – which is modeled on the American J-Space, and the Hans Jonas Association Jewish cultural organization.

Amid what a report in the local Jewish media called “heavy intimidation,” the protesters prevented J-Call spokesman Giorgio Gomel, from speaking, and Gomel and another organizer had to be escorted from the premises by Jewish community security.

Gomel, who has been vocal in his criticism of Israel’s policy toward the Palestinians, has frequently come under fire from opposing Jewish factions. Reports said protesters on Jan. 14 unfurled a banner saying “Gomel, go back to Gaza.”

Expressing “alarm and concern,” Renzo Gattegna, the president of Italy’s umbrella Jewish organization, the Union of Italian Jewish Communities, called an extraordinary meeting of the organization’s council to clarify the “limits, procedures and rules” to be followed at Jewish community venues.

At the same time, the leadership of the Rome Jewish community convened an urgent meeting open to all members of the community. “Beyond the image of Italian Jewry as a whole, what is at play is the security of our members,” Rome Jewish community President Riccardo Pacifici was quoted as saying by the Jewish media.

Italian actor Moni Ovadia last year resigned from the Milan Jewish community with accusations that it is a “propaganda office” of the Israeli government.