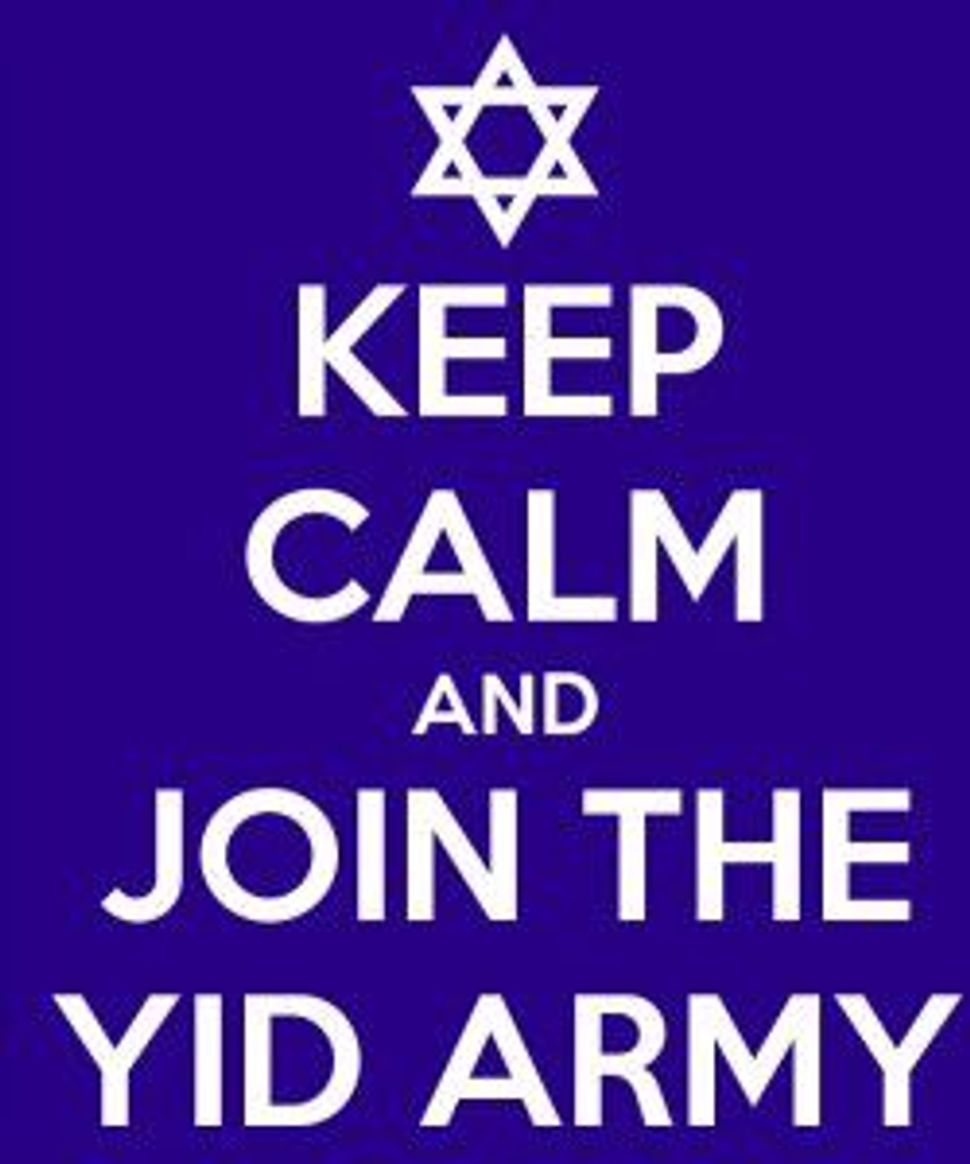 Three fans of the British Tottenham Hotspurs soccer club have been charged for using the term “Yid” at a team match. The three men were charged on Tuesday for causing ‘‘harassment, alarm or distress’’ by using a ‘‘threatening, abusive or insulting’’ word.

Two of the men were arrested in November and one in October, according to reports. One of the men also is accused of possessing cocaine.

Tottenham has many Jewish supporters, who sometimes call themselves the “Yid army.” However, the term often is used derogatorily by fans of Hotspurs opponents.

The English Football Association announced in September that fans could face criminal charges for using Yid, calling the term “inappropriate in a football setting.”

Fans have continued to use the term, however, saying that it is not used derogatorily by team supporters. The chants include “Yids,” “Yid army,” and “Yiddos.”