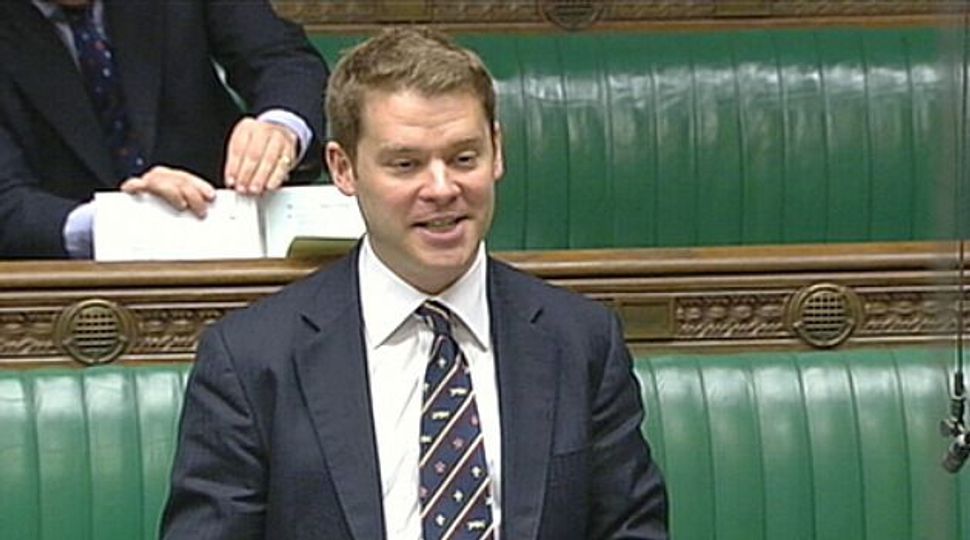 A British lawmaker who arranged a Nazi-themed bachelor party in France was not racist or anti-Semitic, his political party determined following an internal investigation.

The internal investigation of Aiden Burley by the Tory Party was released on Tuesday, according to British media reports.

Burley was dismissed in December 2011 as parliamentary private secretary for Transport Secretary Justine Greening a week after photos of his presence at the stag party at a French ski resort came to light.

At least one party participant dressed up in an SS officer’s uniform, and the guests toasted to the Nazi Party and the Third Reich.

According to the investigation’s report, “as best man, Burley purchased the costume alongside the flights and other costs associated with the trip on behalf of the other attendees. Mr. Burley argued strongly that the choice of costume was inspired by the British comic association with aspects of the war.”

“He argued that the purchase and wearing of the Nazi costume is legal in the UK and that he was unaware that wearing the costume could be an offense in France,” it said. “He regrets the offence caused by the wearing of the costume.”

It is illegal in France to wear or exhibit in public Nazi-era memorabilia or copies of such memorabilia.

Burley, who was elected to the House of Commons as a member of Parliament in 2010, offered an “unreserved, wholehearted and fulsome apology” in a letter to the London-based Jewish Chronicle newspaper.

Prime Minister David Cameron ordered an investigation into the incident following reports that Burley had been responsible for ordering the SS uniform costumes.

Following an investigation by French prosecutors, the groom was fined for wearing the SS uniform, and also was required to donate money to an organization representing the families of Holocaust victims.